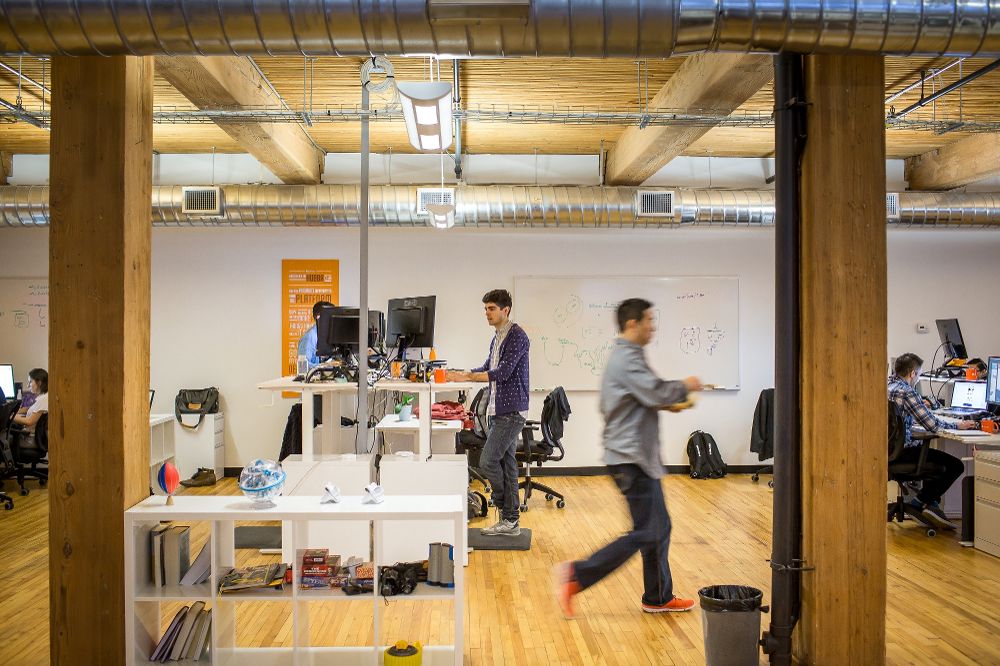 Hubba has hired a former Amazon and Thomson Reuters lead as its first chief technology officer.

In the past, Desh Singh has acted as head of research and strategic vision at Thomson Reuters, and led the Fulfilment By Amazon engineering team as a senior manager of software development in Toronto. He brings over 20 years of experience in the technology sector to the team, holds 50 issued US patents, and has published over 30 scientific articles.

“Our drive now is to get to our $100 million in revenue GMV target.”
– Ben Zifkin

“I am thrilled to join Hubba at such a pivotal time in the company’s growth,” said Singh. “Hubba is in a unique position to impact the lives of small businesses in a powerful and meaningful way and I am excited to build and empower the engineering team that will continue to develop the disruptive technology to realize the company’s vision.”

The hire comes over a year after former CPO Johnathan Nightingale left last May (Nightingale is one-half of a writing team that regularly contributes to BetaKit). At Hubba, Singh will be responsible for leading the engineering team and technical efforts.

In March, BetaKit reported that the company laid off nine members of its engineering team as the company adjusted to finding product-market fit. While it was once a platform for brands, distributors, and vendors manage to product information and help independents get on the radar of larger retailers, it’s now focused on helping the emerging craft brand market find distribution in stores through matchmaking on the Hubba platform.

Sources at the time told BetaKit that engineers were unhappy to due a lack of leadership. Speaking with BetaKit now, Hubba CEO Ben Zifkin said that Singh will help in two ways: optimizing Hubba’s data, and building an engineering culture that can scale.

On the data side, Singh will provide guidance on taking Hubba’s explicit data—such as metadata—to better recommend the best matches between brands and retailers. He also has background in Field Programmable Gate Array (FPGA) chips—considered a key component in machine learning models—which has become a core part of building out Hubba’s technical capabilities.

“Organizing information is part of his DNA,” Zifkin said. “As we start to continue to grow out, how are we interacting with other types of technologies? Other types of partners? Other types of marketplaces? And how does Hubba do the expansion piece, which is platform driven stuff? He’s done a lot of this in his Amazon days.”

On the culture side, Zifkin said that Singh’s experience at large organizations like Amazon can give Hubba insight into scaling its engineering culture. “In the beginning, we have a lot of raw talent and people who can be generalists and figure things out and get gritty. That’s still part of our DNA. But as we move to the next level…how can we create a structure around things, be more efficient about what we’re building, and think longer-term about the things that we’re doing?”

As Hubba enters what Zifkin described as the “grown-up” phase of the company, the company’s key focus is driving revenue over the next year. “Our drive now is to get to our $100 million in revenue GMV target,” Zifkin said. “We are headed down completely on that.”

“Especially in the Toronto region, there are a few companies that have the ability to grow to multi-billion dollar tech companies and there are a few of us that are far enough along. You’ll see us a bunch of us go heads down and drive into big things over the next little bit. That’s the phase that we’re in. Obviously it was a challenging year as you set the foundation to scale, but we’re in really good shape right and it’s working better than I would have expected.”