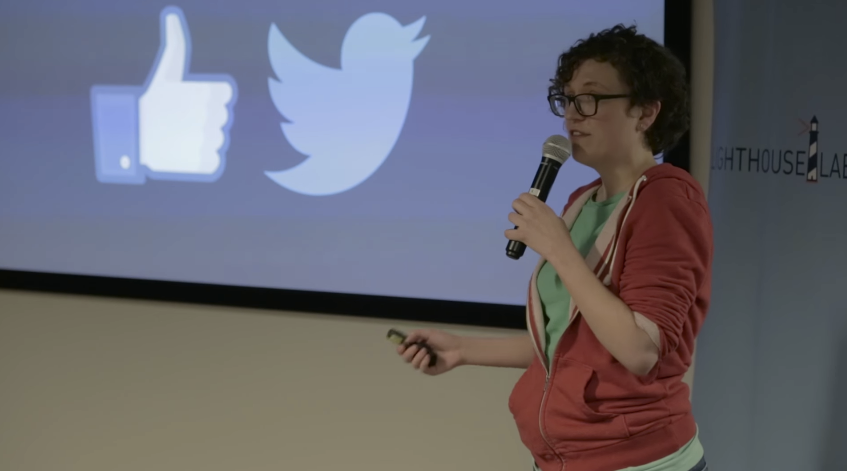 What’s in a name? A lot more than you think, particularly if you’re naming a tech company.

Ideally, you’ll get a name that sums up not just the product, but how one might use it – Twitter is almost a perfect example, suggesting a short singsong, chirping kind of communication. Google evokes something so big as to be almost limitless – perfect for the world’s most popular search engine and digital advertising product (as does Google’s new holding company name, Alphabet). Slack might not seem all that intuitive for a collaboration and communication tool, but it works precisely as intended: “without slack, there is no reach, no play, no flexibility, no learning, no evolution, no growth.” Well, there you go.

Content marketers have enough trouble coming up with taglines. Usually, it’s the founder with business or technical experience outside of marketing who comes up with a name. It’s beyond tricky, combining playfulness with straightforwardness into something that is effectively a new word. Vancouver-based unicorn Hootsuite (formerly BrightKit) got around that challenge effectively by crowdsourcing a name: some might call that copping out, but for a company connecting many social platforms in one, it seems only fitting. In any case, one must take and use inspiration as one finds it.

I recently chatted with Signl.fm Founder Kimberley Hansen, shortly after her presentation on naming your tech startup she gave to the community at the newly-incarnated TechVancouver. The presentation came from the heart, as Signl.fm was only the latest (and presumably final) name for this Vancouver-based startup that bills itself as ‘Twitch for Podcast’. It was a tale of lessons learned, the hard way.

The first name probably isn’t going to make the cut.

“We started our naming process in August, just before the Grow conference,” Hansen notes. “At the time, the team didn’t exist – it was just me and my business partner – and our first try was Chatrouledit.” For Hansen, it rolled off the tongue easily, but I could make neither heads nor tails of it (and had to ask her to repeat it three times in the interview) until she explained: “It’s was like chat, roulette, and Reddit.”

Thankfully, Hansen got enough early feedback that persuaded her that maybe this one might not be a winner.

How could people use the name as a verb?

‘I’ll Facebook you later’ sounds natural enough now – but that’s after years of conditioning. Not all names allow for it (“Bing me” still hasn’t quite caught on – and I’m pretty sure I don’t want that to happen, ever). But when you’re ticking off all the boxes of what your name needs to do, that one is not unimportant.

“Let’s evoke the medium a bit,” Hansen recalls saying as she came up with Vox, the Latin word for voice. It seemed like it had potential, but there were problems – not least of which, a bunch of existing entities with Vox in their name. It didn’t help when they concluded that a likely name for someone who used Vox could be Voxiter. Not bad, but that only worked for a short while, until someone realized it was too similar to ‘Vomiter’ after their iPhone did an autocorrect. When you’re fighting with iOS, it’s time to call it quits.

What image comes to mind when you say the name out loud?

“Very briefly after Vox, we were Parlour – and finally, we hit on Playground.fm – which we were for about a month,” Hansen explains with some bemusement. “Conceptually, you can draw this kind of parallel between, ‘oh, it’s playful, as in, play this sound’”.

They were convinced that finally, they’d hit on the magic word – but yet again, reality struck. “The visual imagery is impossible. A playground is a spindly collection of bars and slides and stuff. How do you tie that to music? I had a marketer working with me for an entire afternoon and we just couldn’t make an icon work.”

It didn’t help Playground.fm’s declining value as they realized the name wasn’t even available in the first place. It was a wrist and speaker hardware firm bought by Jawbone – but that fact just hadn’t come up in Hansen’s previous run-throughs on various search engines. “They let the domain expire, but we imagined there would be a trademark conflict at some point,” Hansen notes.

When the name is right, it feels right.

The popularity of apps around communicating made their longstanding problems around identity especially challenging. “Everyone and their dog has a communication product, or is domain-squatting,” Hansen says.

For about two seconds, they considered naming their company after the inventor of the telephone – until they realized that maybe, just maybe, another titanic company out there might already be using the name, Bell.

Finally, Hansen and her growing team came up with their present appellation, Signl.fm. “It’s short. It works very well – and it didn’t come together instantly.” Actually, it resulted from hundreds of messages inside Slack, as they spent countless hours trying to latch on to a concept, verb, image: anything that could work. “How do you listen to music? To sound? How does it make you feel? These were the questions that kept going round.” When they hit on the winner, they knew they had it.

Hansen’s top tips for plucky entrepreneurs choosing a name for their next big thing? “When you’re asking your team, or just anyone, to brainstorm with you, it only works as long as they already have a good feeling for what you’re going for. As well, use the name as a code word internally for as long as you can before getting it out there, just to see how people are using it informally. You’ll see very quickly whether you’ve got something” – or whether you need to keep naming names.