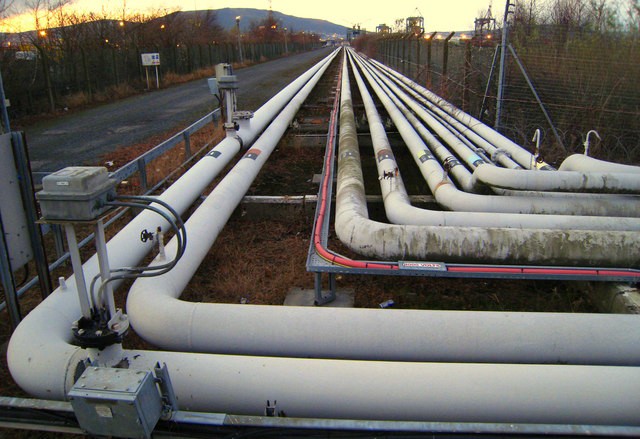 Startups live and die by their ability to attract and retain talent. When you’re just starting out, you want as many people as possible connecting you and your company with skilled folks who can help grow your business.

A busted recruiting process is a surefire way to dry up those referrals, and chances are you won’t find out until it’s already too late.

I’m connected to a bunch of local startups.

I’m also fortunate to know a bunch of amazingly talented folks. Every so often, I have an opportunity to introduce a highly qualified candidate to a startup where I think the person would be a good fit.

I don’t get paid for this. It’s not my day job. It’s just a nice thing to do that makes the universe a better place.

Occasionally people do the same thing for me when I’m hiring and looking for skilled candidates. It’s not required or expected but is lovely when it happens.

A couple weeks ago, I find myself chatting with a friend who is thinking about her next thing and I mention a local startup where her skills would be a great match. It doesn’t mean she’ll get hired, it doesn’t mean she’ll want to work there, but there’s enough overlap that at the very least they should talk to each other.

She writes me to say that a recruiter from the company I’d mentioned had approached her. Clearly, they had the same intuition about it being a potential fit.

I know the executive team at this startup so I fire off a quick note to say I know the candidate and while I haven’t worked with her, she’s sharp and her experience might be a good fit. I get a quick thanks. And this is usually where my matchmaking stories end. Sometimes there’s a fit and sometimes there isn’t.

She recounts what amounts to an illegal interview.

Word gets around and pretty soon you find yourself wondering why your diversity stats suck.

The questions asked in the interview are out of bounds under both Canadian and US employment law, the interviewer was a full 30 minutes late and didn’t apologize. To make matters worse, he didn’t prep for the interview — didn’t know who she was, hadn’t seen a resume in advance, didn’t know which role she’d applied for — and it only seemed to get worse from there.

I’m livid. I debate writing a WTF email to their CEO. I debate texting their investors. I debate naming and shaming in this blog. Once I’ve cooled off, I realized that their worst case scenario has already happened.

I will never refer another person to this company.

If asked, I would encourage people, particularly women, to interview elsewhere as it’s unlikely the interview will be fair, and the culture will be supportive of them or their careers.

The shitty exec who asks illegal questions in an interview and hopes that no one notices is a representative of your company, your brand, and your corporate culture. Word gets around and pretty soon you find yourself wondering why your diversity stats suck and your referral pipeline has dried up.

These are the downstream consequences of a poorly run recruiting process. They are painful, they have long term implications on your company’s ability to attract and retain top talent, and they are entirely preventable.

And that’s the part that really hurts.

After this post about how to kill your startup referral pipeline in a single interview, many members of the tech community DM’d, emailed, and slacked me to find out which startup had messed up. A couple messaged to find out which part of the interview was illegal.

In response to the first question, we need to talk a bit about privilege. We need to start by acknowledging that many people, particularly minorities in tech, are not in a position to write a post about every sexist or illegal hiring practice they encounter.

We’re not at a point where minorities can call out unfair hiring practices without concern for their careers.

In my early career, I worried that speaking up about the sexism I encountered in tech would make it harder for me to get hired. Only after nearly two decades in tech am I finally at a point where I can be vocal about this stuff and not worry that it’ll adversely impact my career. I don’t fear that local startups will blacklist me. I don’t worry that my techie friends won’t want to hang out with me anymore.

It is the hallmark of privilege that I can write a post about a startup’s messed up interview process and send it out into the world, hoping I spelt everything right but not at all worried about whether it’ll change the trajectory of my career.

Coming back to the original question — which startup are you talking about?

Frustratingly, we’re still not at a point where minorities can call out unfair hiring practices without concern for their careers.

The friend who had the bad interview experience is earlier in her career. She is clever and quick and eminently hirable, and some company will be incredibly lucky to have her. However, she doesn’t have the privilege of giving zero fucks about pissing off hiring managers.

I do. So I wrote the post with her permission, but I’m not about to undercut her ability to get hired in the future by outing her.

Which questions are illegal?

The second question that came up was from people who worried they’d been accidentally asking illegal questions in interviews. Ideally, your HR teams would do interview training for first-time hiring managers, but in the event that they haven’t, we have you covered.

Here are a couple links to help you out. The out-of-bounds questions are similar for the US and Canada but there are a few notable differences. Interview rules in Europe and in Asia are really different so if you’re hiring globally, you’ll want to check on the country-specific rules before you get started.

If you still find yourself teeming with curiosity about which company it was, I encourage you to shift that restless energy inward and focus on rooting out bad interviewing techniques within your own organization.

When I was first starting out, I learned a lot by shadowing seasoned hiring managers during the interview and offer process. I’ve also been fortunate to work with passionate recruiting and HR teams over the years. For more information about hiring, diversity and inclusion, there’s loads of great reading over at Model View Culture.

These articles, How to kill Your startup’s referral pipeline in a single Interview, and Privilege, illegal interviews, and burning curiosity, were syndicated with permission from The Co-Pour. Alterations were made for clarity.

Melissa Nightingale is a founder and partner at Raw Signal Group. She is co-editor of The Co-pour and co-author of a book about modern leadership (coming fall 2017). Melissa’s been a startup warrior since the first dotcom boom and has the branded t-shirt collection to prove it. She has held senior leadership roles in marketing, pr, and strategy at several fast paced startups, including Wattpad, Edmodo, and Mozilla. Melissa moved to Toronto after more than a decade of working in senior tech roles in Silicon Valley. She is gradually adjusting to seasons.