When new founders set off to research how to grow and scale their startup, they’ll often come up against the fundraising wall: what is the best avenue for fundraising as a startup, debt or equity?

Based on data from our customers in combination with community surveys, approximately 75 percent of US-based startups leverage some sort of debt or non-dilutive financing options on their cap table prior to their seed round, compared to 15 percent of Canadian startups. It seems Canadian startup founders tend to be more conservative in their fundraising quest; it’s time to rethink this strategy.

Given the explosive growth of the Canadian startup ecosystem, the competition for fundraising is fierce.

Our data also showed more than 90 percent of all startups that have successfully secured a Series A funding round have some form of debt on their cap table. This allows entrepreneurs to optimize their capital structure very early in the startup journey and in doing so, they can increase their chances of long-term fundraising success significantly.

Given the explosive growth of the Canadian startup ecosystem, the competition for fundraising is fierce.

Over the past five years, the Canadian startup ecosystem has grown significantly; this spike in Canadian startups has also given rise to the number of venture capital (VC) deals; in 2020, VCs invested $4.4B CAD in Canadian companies over 509 deals. Comparatively, the average amount invested by VCs over the 2015-2019 period was $3.8B over 517 deals.

As a result, many entrepreneurs will choose to do an angel investment round through their friends and family, but what’s next? Depending on the startup, there are multiple avenues to explore, especially when it comes to grants and tax credit programs offered by the Canadian government to fuel the local startup ecosystem.

Every year, the Canadian government provides more than $3 billion to over 20,000 businesses as part of the Scientific Research & Experimental Development (SR&ED) tax credit program to offset R&D costs. Any startup that conducts SR&ED eligible R&D or product development activities can take advantage of the program and claim thousands of dollars from the government on an annual basis.

As companies perform R&D activities throughout the year, they are accumulating SR&ED tax credits and building up an asset, which can’t be unlocked until tax returns are submitted, the CRA processes it, and the SR&ED refund is received. This entire process typically takes a minimum of nine months from the end of the fiscal year (and more than 16 months from the first month of incurring R&D expenses) slowing the rate at which businesses can re-invest the refund back into the company.

Eligible businesses can claim approximately 64 percent on salaries, 32 percent on sub-contractor cost, and 42 percent of expenditures on materials factoring in federal, provincial, and Proxy rates. The caveat is that businesses have to wait more than 16 months to re-invest their SR&ED refund back into the company’s operations for growth.

Entrepreneurs with SR&ED-qualifying businesses have the option of leveraging SR&ED financing, through which they can successfully receive a cash advance against the accrued SR&ED refund. This allows the entrepreneur to leverage their business’s SR&ED refund up to 16 months early and accelerate their company’s growth.

Traditionally, SR&ED financing was available to credit-worthy applicants as a bridge loan, issued after the fiscal year-end when the claim had been finalized. If a business chooses to apply for traditional SR&ED financing, they’re able to take advantage of their SR&ED refund only two to three months early.

Unlike traditional SR&ED Financing models, Boast.AI provides up to 75 percent of a company’s accrued R&D expenditures as a quarterly cash advance.

Additionally, Boast.AI can provide this advanced funding as early as three months into the tax year (i.e., more than one year before the SR&ED claim is filed), which can dramatically impact the growth trajectory of any business.

Let’s say we have two companies: Acme Corp. and Globex Corp. While both companies take advantage of SR&ED, Acme decides to wait for the full SR&ED refund to re-invest money back into the company, whereas Globex decides to cut the wait time by using SR&ED Quarterly Advanced Refunds and re-invest the money now.

By using Quarterly Advanced Refunds to access $56,250 every quarter, Globex was able to increase their valuation by over $2 million, which translated into an internal rate of return of 5,967 percent all for a cost of only $17,719 per year (in interest & draw-fees). In addition, it took Globex’s internal team minimal resources to qualify for SR&ED Quarterly Advanced Refunds (approx. five-six hours in total).

Ultimately, despite having an identical start as Globex, Acme falls $2 million behind in its overall valuation at the end of the two years.

While Canadian founders seem to have a conservative mindset for fundraising, we need to understand that not all debt is bad debt. Instead, be objective. Ask yourself: does it make sense for me to give up equity if there’s another option out there that allows me to retain my equity and get cash flow?

Here is a case study on how Quarterly Advanced Refunds can accelerate startup growth for a deeper dive into why startups should leverage both debt and equity to build the optimal capital stack.

In the end, every founder has the same goal: to scale the company and hopefully see it through a successful exit. What is dependent on you is the pace at which you’re approaching that exit. 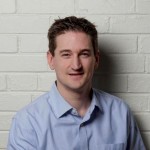 Russ Armstrong is the VP of Sales & Strategy at Boast.AI, a FinTech platform that automates access to automate billions in R&D tax credits, innovation incentives, and non-dilutive capital so companies can fuel their growth while preserving equity and avoiding red-tape. Previously, Russ co-founded Limelight Platform, the world's first experiential marketing cloud that was backed by Sand Hill Angels, Round 13, iGan, and Accelerpise, where he ran sales, finance, and operations for 5 years.

Vidyard, the ‘YouTube For Business’ video marketing startup, announced today the launch of the Vidyard app for HootSuite. The app is available through HootSuite’s…