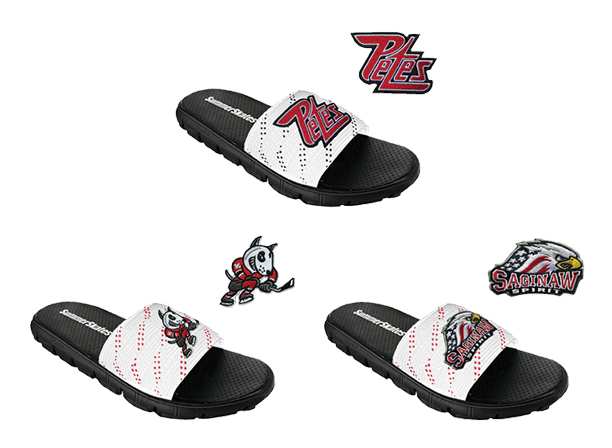 Having one’s product go from zero in sales to having it photographed alongside Los Angeles Kings captain Dustin Brown and the Stanley Cup is no small feat.

But that’s what 23-year-old Myles Doak managed to achieve in the past couple months as creator of the SummerSkates, a twist on sandals with a touch of hockey.

Doak said he was always ruining sandals in the summertime, attempting makeshift solutions with hockey skate laces, so he started researching online how he could create his own solution. A couple months finding the right manufacturer on Alibaba eventually lead Doak to slowly designing the product, which turned into a prototype and eventually the finished product. He scraped up an initial investment and purchased 3,000 pairs.

After that he hired a web-design agency in Lindsay, Ontario and was selling the stock online in no time. He also managed to convince a few independent sports shops around Newmarket and Aurora to sell the footwear. “That summer we sold out all 3,000 pairs. Really it’s just the entrepreneurial spirit, as I played competitive sports all my childhood,” he told BetaKit.

Customers can provide an image of their team logo, pick their lace colours to match their team jersey and SummerSkates decorators add in the professional logo onto the sandals. Doak is even currently working with NHL owners to exclusively sell team logos in their arenas, including the St. Louis Blues, and is in discussions with several minor and junior hockey leagues.

But after that initial summer was when the business started ramping up for Doak. He sold his initial stock and was approached by his current partner about accelerating the business and putting a team in place.

They put their heads down from last September to January 2014, putting a team in place for both product and marketing. To date, Doak and the company have sold over 40,000 units, which retail for $29. That’s about $1.2 million in value, although the amount SummerSkates will have gained in revenue would be less than that.

Today Los Angeles Kings captain Brown, as well as Nashville Predators forward Rich Clune are both minority owners, hence the Stanley cup photo. Along the way, Doak said the company has gained a sizeable Instagram following, as well as on Twitter.

SummerSkates ship to all Canadian provinces and 41 states, and a portion of all sales go towards Road Hockey to Conquer Cancer. The brand has secured NHL Preferred Promotional Vendor status and even been featured on TSN’s Off the Record.

Quite the impressive feat for a guy who was simply trying to find a makeshift solution to his sandals.