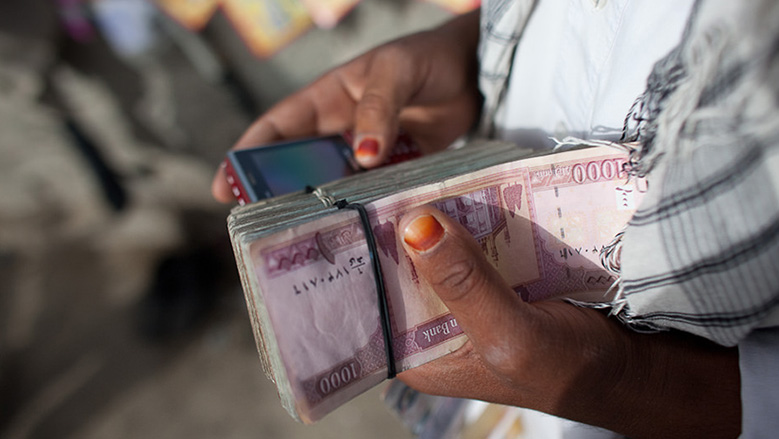 In the tech industry, there is a debate brewing over whether we are solving problems that impact millions across the board, or only impact a certain subset. A few tech influencers have rhetorically posed the question, “Do we really need another laundry or grocery startup?” Now, no offense meant at all to laundry and grocery startups – they are solving a real need that people are willing to pay for, and that’s commendable. It’s just that some people feel the potential of technology is wasted if we don’t tackle global issues.

Financial inclusion is one of these issues.

Financial inclusion is a term used to describe the process of bringing more people into the mainstream banking system. Over 2 billion people globally (including in developed countries like Canada, the UK, and the US) don’t have full access to the mainstream banking system. It’s a troubling statistic when you consider that much of the world – mortgages, access to credit, or simply paying bills on time – are hinged on having access to traditional financial services.

This is where technology comes in, tackling the problem from two angles.

Financial inclusion in the developed world

In countries like the US and Canada, where robust banking systems have been in place for over a century, the primary need for financial inclusion is around ready access to cash or credit. As Canadians are trailing behind in savings rates, we are increasingly reliant on high-interest credit cards just to make ends meet.

For those who cannot get credit cards, whether due to the seasonality of their work making them a “bad risk” for big banks, or their familial circumstances (it’s hard to get into the banking system as a child when your parents weren’t in it themselves), payday loan options are the only other option, and even more high interest.

Many folks who have become trapped in payday loans due to their high interest only started in the system because they needed access to short-term credit.

Many folks who have become trapped in payday loans due to their high interest only started in the system because they needed access to short-term credit, but could not qualify for a credit card. They became trapped due to interest payments too large to wipe off their plate. Compound this with the fact that they are still reliant on once or twice monthly paycheques, and they are stuck in a system where they cannot ever pay all their bills on time, incurring late fees and further interest.

Instant Financial is one company aiming to solve this problem. Their platform offers partial-pay for shift workers and employees, so they are paid for the work they just completed, at the end of each shift. It’s all loaded onto an Instant prepaid debit card, meaning you do not need a traditional bank account to access your funds. You can pay bills when they are due, reducing late fees, and this system eliminates the need for payday loans because you have access to your cash immediately.

The challenge is not solved yet, as Instant will need to think of the next step; helping users grow their credit scores and rejoin the traditional financial system (or grow Instant to link into that system). However, technologies like Instant have swung the doors wide open to show that there are opportunities to build a business while solving a real problem that often goes unnoticed in larger, developed nations.

Financial inclusion in the developing world

When it comes to the developing world, the challenges are magnified tenfold. Not only are you dealing with huge populations that don’t have bank accounts, they often don’t have any form of government identification and may speak little-known local dialects. With this “trifecta” acting against them, the uphill battles they face are enormous.

Humaniq is one organization addressing this area.

Founded at the end of 2016, the organization has already raised $3 million through an initial coin offering (ICO), a blockchain-based currency offering similar to an IPO on the public markets. This way, says CMO Richard Kastelein, the organization (part for-profit entity, part foundation) can raise millions from concerned citizens and investors alike without having to give up the liquidity that investors are accustomed to.

Blockchain is also the basis of their platform, which uses smartphone biometric security technology, and individuals using the phone only need a picture of themselves as identification. This workaround is necessary in global slums where English speaking populations are low and full literacy in any language is even lower, says Kastelein.

Despite this lack of literacy, though, mobile penetration is as high as 90 percent in some of these slums, which opened up the Humaniq opportunity.

The platform is entirely decentralized and based on mobile, where smartphones will connect local entrepreneurs to western investors. The smartphones themselves are not that much more expensive than traditional phones in the area, and allow users access to Amazon Turk programming, which offers payments for low level tasks such as image identification.

“Innovators in FinTech can ensure that we deliver products that drive financial literacy and [don’t take advantage of individuals].”

This helps individuals pay off the cost of their phone, and the Humaniq platform empowers them to develop real relationships with their investors through picture and video – unlike some other micro-lenders in the developing world, who act as a centralized intermediary. Decentralization also has the benefit of Humaniq being able to charge lower interest on their loans, as they do not have to maintain local loan-collections infrastructure.

Humaniq will be running its first trials in areas with community leaders that speak English – Rwanda, Kenya, and parts of India – so that they can work out the business side of their technology.

They too face and uphill battle, as cultural norms might prevent women, their core loan recipient demographic, from wanting to take pictures of themselves. Further, the Amazon Turk program is highly susceptible to AI, which could remove the financial support for individuals to purchase the more expensive smartphones in the first place.

However, Kastelein and the team remain optimistic. The ICO raised millions in a matter of days, and there is huge potential to get even more money into the foundation once they show early results from their pilot programs. After that, the sky is the limit.

“We are paving the way for other entrepreneurs [and bringing global attention to this space], and that’s important,” said Kastelein.

The tech industry can learn from the academic field and taking it to the next step, using technology to scale the successes of micro-studies and academic papers.

Humaniq and Instant Financial are two organizations ‘doing well by doing good,’ and the trend is only getting stronger. As the world’s challenges grow ever greater, those in the tech world have the ability to pioneer the next era of global change.

“Given the shrinking costs of electronic transactions and the pervasive availability of smartphones,” says Instant Financial Steve Barha in an email. “Innovators in financial technology can ensure that we deliver products that drive…financial literacy and [don’t take advantage of individuals].”

Photo via The World Bank

Vancouver-based tech incubator Launch Academy is bringing back its Lean Entrepreneur Program, a 16-week program designed to provide first-time entrepreneurs and career-changers with the essential…