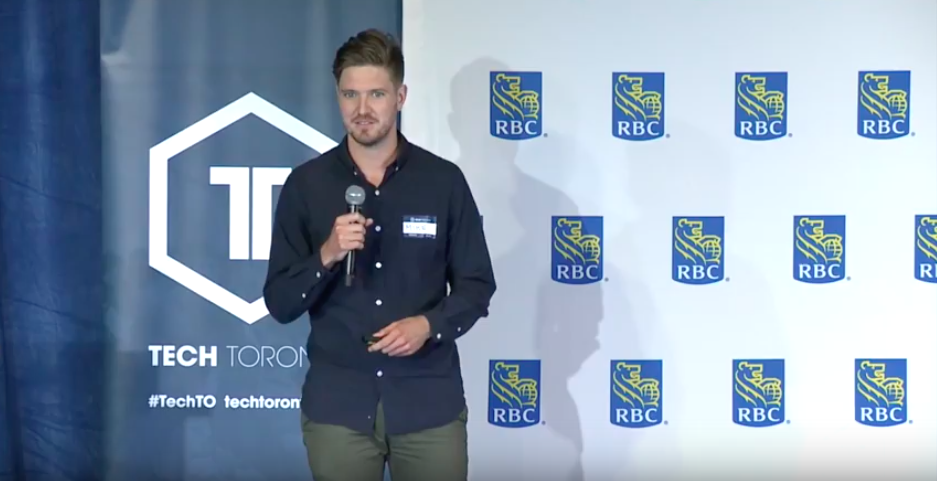 At the latest TechToronto, Mike Murchison, CEO of Toronto-based Ada Support, talked about how startups can determine the value of their software products.

Murchison kicked off his presentation by raising an important question: “How do you know that your software is valuable?”

He said that in many cases, companies will answer this question by saying they know their software is valuable when many people use the product, say it’s awesome, and pay the company to use it.

According to Murchison, this is actually a “very dangerous proxy for value creation in the early days of software development.” In his presentation, Murchison shared what he believes is the real answer to this question.

“So the answer to the question in my opinion…is that your software actually isn’t valuable,” said Murchison. “That’s the paradigm I think is really useful for us as a company…and if you channel that paradigm, and you look at value creation through that paradigm, what you’ll find is that software creation isn’t inherently valuable. Instead, what you’ll believe is software is a multiplier of value that is created in the physical world.”

During his presentation, Murchison broke down this point (your software isn’t actually valuable) in three key learnings to explain how companies can actually create valuable, meaningful software.

Murchison’s first takeaway is that before even writing code for software, developers will have to perform tasks “incredibly manually until it is painful.” He gave the example of his company Ada Support, which had to manually answer thousands of customer support requests before it could create an automated customer support chatbot. Ada Support raised a $2.5 million initial funding round in July.

“With Ada, we actually answered thousands of customer support tickets a month manually before we wrote one line of code. That was very, very painful and because of that, what we found was that software, when we went to write, actually became medicine,” said Murchison. He added that the second key learning is that it’s useful to view software creation as “medicine,” or a solution to the pain or problem you have manually experienced.

“You’ll realize that moving forward, you need to embrace that analog,” said Murchison. “You’ll recognize that the way you relate to your customers is by sharing stories of the physical pain that you experienced. The way that you sell to your prospects is by communicating stories around how your software takes away that pain that you yourself experienced.”

Overall, Murchison believes these key learnings will help entrepreneurs grow their business and “really do a successful product launch.”

The next TechTO takes place on August 14. Get your tickets now!

Student Startups to Vie for $100,000 at VeloCity Fund Finals

VeloCity, the University of Waterloo-based campus for entrepreneurially-minded students, has announced that its $100,000 VeloCity Fund Finals will happen on November 28. Ten startups…