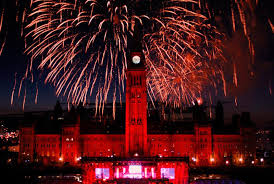 We usually don’t hear too much out of HotelTonight regarding Canadian news, but here’s some pretty cool info for people who will be in Toronto, Montreal, Ottawa and Vancouver on Canada Day, July 1.

The last-minute hotel booking app will be offering $49 rooms at select top hotels in Toronto, Montreal, Ottawa and Vancouver to “show its love for Canada,” beginning 9 am on July 1. Participating hotels include the Thompson Hotel in Toronto, Hotel St-Paul in Montreal, the Lord Elgin Hotel in Ottawa and Hotel Le Soleil in Vancouver.

Usually rooms on the app go for around $150-$225 (generally), which is still a bit pricey for a budget startup person. That being said, those same rooms are often cut down by $50-200 dollars. But the Canada Day deal is quite a reverse from what users will usually pay on the app, so I’d imagine HotelTonight will be getting some decent traffic on the nation’s birthday.

Here’s what it has to offer by city:

Ottawa: the Lord Elgin Hotel, among others.

With over 10 million downloads and 10,000 hotel partners in 400 destinations around the world, the on-demand hotel booking company “has established itself as the leader in mobile travel.” The app is available for free on iOS, all Android devices and recently for Windows Phone.

Launched in 2011, HotelTonight provides easy mobile booking of same-day unsold hotel inventory. For consumers, it offers cut down prices at quality hotels. For hotels, HotelTonight is a marketplace to fill last-minute rooms that would otherwise remain empty. HotelTonight is currently available in over 400 destinations across the globe and is based in San Francisco, California with a London-based European office.