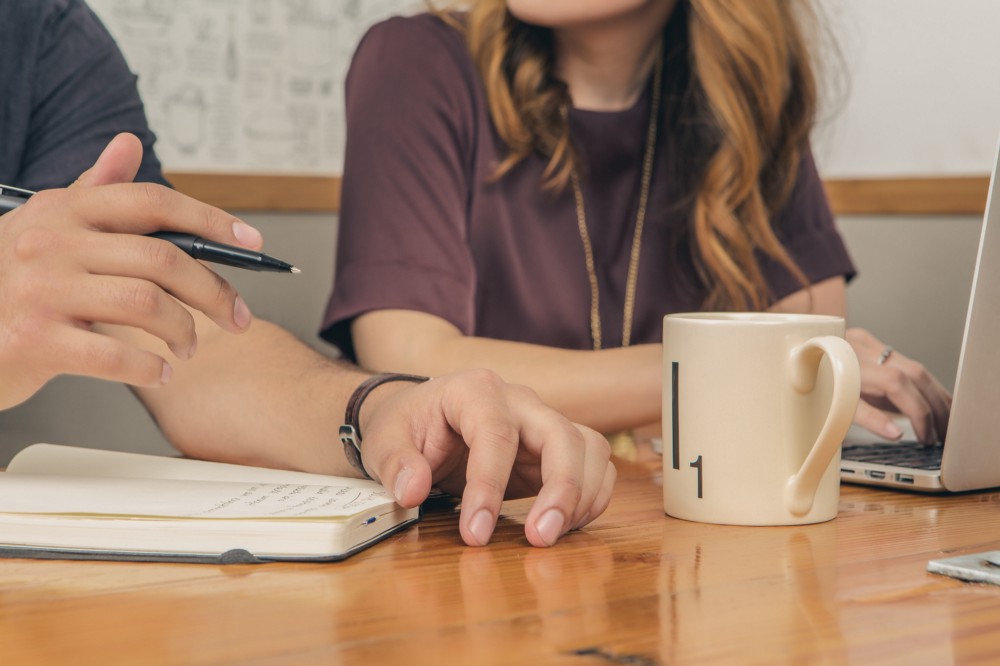 Since launching a Facebook Live series for young entrepreneurs, I’ve gotten thousands of business pitches like these. Contestants have 200 characters (just a bit more than a Tweet) to pique my interest. The best of the bunch then face off with me live, to get grilled and sell me on why I should invest.

I faced the same kind of third-degree when I was getting Hootsuite off the ground as a young founder. Each time we re-upped my funding, I’d have to plead my case again. Later, as an angel investor, I got to be the one asking questions. After pitching and evaluating ideas for more than a decade, I’ve gotten pretty good at pattern recognition. Some startups, you just sense, are going to make it. Others are dead in the water.

So, how do you tell which businesses will thrive and which will fail?

It’s not rocket science. It doesn’t necessarily require an MBA or an advanced degree in finance. Most of the time, it comes down to three words: talent, technology, and traction. This is a framework I use myself, and it’s how my company evaluates its acquisitions.

Businesses that check these three boxes are more likely to get funding and, more importantly, more likely to succeed. Whether you’re an entrepreneur pursuing an idea or an investor thinking about funding one, it helps to keep these simple criteria in mind.

Great business ideas are everywhere. Great implementers are one in a million. I always start assessing a business by gauging the entrepreneur and the team behind the effort. Paramount to me is evidence of fanatical dedication. Part-time entrepreneurs, those who might be starting a business as a side gig, or maybe have a bunch of pots on the boil really don’t cut it.

The reality is that entrepreneurs face a monumental task: to create something out of nothing. To succeed in this primal act of creation, you need cult-like devotion to your cause. Weekdays and weekends make no difference. Ditto for job titles. An effective entrepreneur must be willing to wear multiple hats — from salesperson and designer to customer service rep and even dishwasher.

You’ll notice that the sharks on Shark Tank inevitably circle back to the same questions: Do you have customers?

Above all, I look for an ability to get things done. Great entrepreneurs find a way to move the needle, fast. Rather than passing the buck to someone else, they race to track down a solution themselves — and don’t rest until they’ve found one. This is one reason why I feel that having a critical mass of “can-do” entrepreneurs — an entrepreneurship golden ratio, so to speak — is critical inside any business, whatever stage you’re at.

This happens to me all the time. An entrepreneur presents a solid business idea, runs through an awesome pitch, then concludes by saying, “…and all I need is to find someone to handle the tech part.”

Tech is not an afterthought. Especially in the online space, it’s the underpinning of most every successful company today. And it’s not easy to get right. Behind all those tools and platforms we use and take for granted — from social media networks to Uber to Airbnb — is game-changing technology. The nuts and bolts of code and engineering itself is just as important as the “business idea,” if not more so.

For that reason, I’m a fan of a co-founder model for startups or some variation on it. One classic formula is to have one individual dedicated to technology (who eventually becomes CTO) and another dedicated to everything else (who goes on to be the CEO). This model ensures that technical considerations are tackled early and tackled head-on. The alternative is to race forward with a concept — securing funding, initiating marketing, lining up customers — without any real assurance that you can “walk the walk” and deliver a viable, scalable product when the time comes.

There’s no greater validation that you’re onto something than having actual users. If people are willing to choose your app or widget or service over the countless other options out there, that says something — and better still if they’re willing to pay for it. That’s why you’ll notice that the sharks on Shark Tank — after patiently listening through all those canned pitches — inevitably circle back to the same questions. Do you have customers? How much money have you made?

There are no million-dollar ideas — only million-dollar executions. Without the right talent, technology, and real traction, even a brilliant vision is bound to flounder.

For an investor, the right answers to these questions can drastically reduce risk. Betting on a known quantity, an idea that’s already proved itself is always safer than betting on a concept that might look good on paper. I often get approached by entrepreneurs developing apps who insist they’ll have a few thousand people signed up in no time. Really? The Apple Store now has two million-plus apps. You think it’s going to be a cakewalk to battle through all that noise and get noticed?

Indeed, part of traction is having a viable plan to get the word out to customers. Especially in software, building a viral sharing mechanism right into your product, or at least into your marketing efforts, is a key to achieving scale. (This is quantified as K-factor — a figure that takes into account the number of new users that each existing user invites.) When Hootsuite was getting off the ground, for example, we’d give users access to new features if they sent a Tweet to friends. This encouraged word-of-mouth adoption and let us grow rapidly right out of the gate.

A dose of humility is needed here. These criteria aren’t foolproof. I’ve seen ideas that check all the boxes go on to flop. And I’ve listened to pitches that didn’t satisfy this threshold that met with runaway success. (Case in point: Years ago, my agency, Invoke, had a chance to help build out a fledgling ride-sharing app in exchange for equity. We passed because it didn’t tick the boxes. Today, of course, that app, Uber, is worth well north of $50 billion.)

All in all, however, bearing these three criteria in mind should steer you toward smart investments and viable business ideas. Most important to remember may be something that my friend, entrepreneur Lewis Howes, is fond of repeating. There are no million-dollar ideas — only million-dollar executions. Without the right talent, the right technology and real traction, even a brilliant vision is bound to flounder.

Two Toronto companies in the compatibility and online dating space have partnered up to offer to “bring the future of matchmaking to Ontario.” Instant…