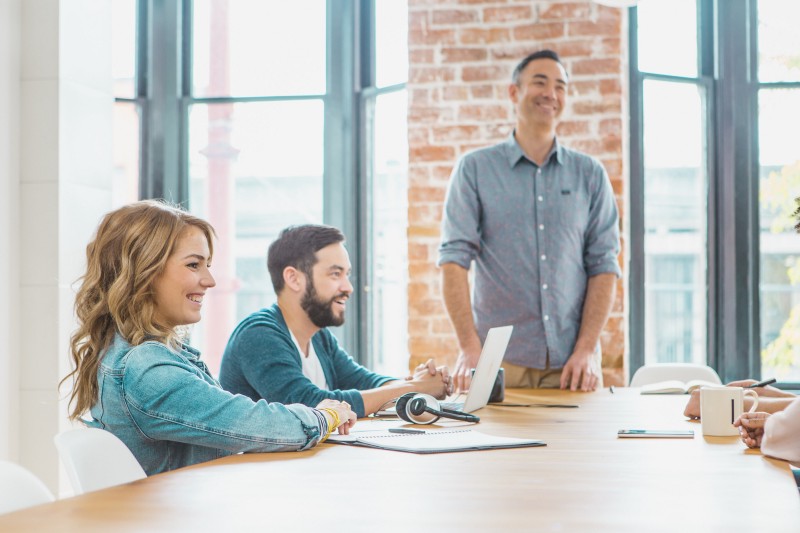 Recently, I was called up on stage at a prestigious university — after dropping out of college nearly 20 years ago — to get an honorary doctorate. The other recipients there were, well, astounding human beings.

There was a Nobel Prize winner in chemistry (who also heads up the Johns Hopkins Malaria Research Institute). There was a pioneer of automated DNA sequencing and recipient of the National Medal of Science. There was a Harvard professor fighting the forces behind climate change denial. And a geneticist who identified a breast cancer gene. And an internationally recognized advocate for social justice.

Then, there was me. A guy who started a software platform called Hootsuite that helps people and companies manage their social media. As I got my honorary laws degree and made my way to the podium to give a speech to the graduating class, I wondered what right I had to be there. What advice could I possibly give, when so many more capable people were waiting in the wings.

Do I deserve to be here?

It turns out that “imposter syndrome”—the feeling that you don’t belong and haven’t earned your place—is common among entrepreneurs. This makes sense. There’s no bar to clear to be an entrepreneur, after all. No standardized training. No fancy degree to prove your worth.

Also, you rarely get the external validation that comes with other careers—promotions, titles, a neat ascent up the org chart. Entrepreneurs improvise their own path, without those familiar signposts. You make risky decisions that don’t always pan out. You leap into the unknown. You hustle. You scrape by…and hope that you can make payroll at the end of the month. Sometimes, you end up with a big payday to “prove” you made it. Many times, you don’t.

It’s easy to lose sight of a fundamental truth. Being a good entrepreneur is really hard and really important. I say this with all humility, but I absolutely think it’s worth remembering — especially for young entrepreneurs out there, who can sometimes feel they don’t deserve a seat at the table with colleagues from more established professions. (This is also part of the reason I started League of Innovators, a charity to build entrepreneurial acumen and confidence among youth.)

You may not have to pass a special exam to be an entrepreneur, but you’re tested, relentlessly. There are the physical tests of long days and sleepless nights. There are the mental tests—decisions made with limited information, deadlines met with limited resources. There are psychological tests of self-doubt, regret, uncertainty, and setbacks. And you face these trials without so much as the assurance of a paycheck at the end of the week.

For all our bluster and braggadocio, deep down entrepreneurs can be very insecure.

Add to this another challenge: the tendency to dismiss entrepreneurship as “just about the money.” Unlike a doctor or scientist, the argument goes, an entrepreneur doesn’t really serve the greater good. I can see where this view comes from. Selling software certainly isn’t healing the sick or feeding the hungry. But I also don’t think it’s quite that simple.

Entrepreneurs push innovation forward. Whether we’re talking about transportation or artificial intelligence or medical therapies, it’s entrepreneurs who popularize new technology and make it accessible. Electric cars languished for decades before Elon Musk found a way to mass produce and market them. Access to genetic testing was largely limited to the select few until Anne Wojcicki and her co-founders started 23andMe. By finding a market for invention, entrepreneurs, in turn, spur an ongoing cycle of research and development.

Entrepreneurs—at least, successful ones—also provide jobs. In the US, small businesses (with fewer than 500 employees) account for 49 percent of all private-sector employment. It’s worth pausing on that figure. The livelihood of tens of millions of people traces to the energy and capability of entrepreneurs. This is no small feat. Of course, these relationships flow both ways. I’d be nothing without the energy and passion of my team. Every successful company is the sum of its parts—all the people who believe along the way—not just the inspiration of one individual.

In some cases, entrepreneurs even have a chance to change a whole ecosystem.

In some cases, entrepreneurs even have a chance to change a whole ecosystem. As businesses grow, they can form the heart of thriving hubs, spinning off more businesses and more jobs—changing the face of whole cities and even countries. This happened in Silicon Valley with technology. The same phenomenon is happening in my backyard in Vancouver.

But it’s easy to say these grandiose things. Believing them—when you’re up on stage surrounded by Nobel Prize winners and geniuses—is another matter. For all our bluster and braggadocio, deep down entrepreneurs can be very insecure. Does what I’m doing actually matter? Or am I just chasing the next customer?

After I spoke to the graduating class, a few students came up to me. They were engineers who had grown up in the area and followed Hootsuite over the last decade as it grew from a social media startup to a company with more than 1,000 employees. They shook my hand and thanked me—for speaking, but also for everything we’d done to build a tech scene locally and show them that a path forward existed right here.

It was a timely reminder of why what I was doing mattered, and why it’s so critical to remember not to give in to imposter syndrome as an entrepreneur.

This article was originally published on Ryan Holmes’ Medium page.

R|T: The Retail Times – How to price an Airbnb