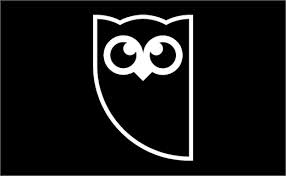 The news site said “that possibility is still months away, according to the person familiar with matter, but the planned financing with Fidelity signals an initial public offering remains the ultimate goal.”

“Hootsuite is negotiating a so-called crossover financing with Fidelity, this person said,” wrote WSJ. “In this type of financing, an institution that largely invests in public companies will invest in a private firm ahead of a planned IPO to avoid the risk of missing out on the investment or acquiring a smaller-than-desired stake during the IPO process. The investor often also expects to maintain at least part of its holding after the IPO to take advantage of any stock gains.”

The company welcomed in the largest round of Canadian venture capital ever one year ago, when Insight Venture Partners, Accel Partners and OMERS Ventures all chipped in to invest $165 million in the company. Today it’s valued somewhere around $725 million, according to sources.

Futurpreneur, a national organization that provides funding, mentorship, and resources to budding entrepreneurs in Canada, has expanded its loan offering in partnership with the…