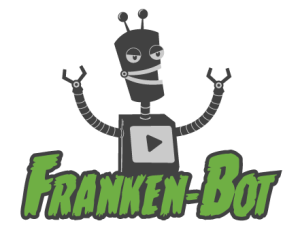 Today has already been fun in a nerdy kind of way with Montreal’s PasswordBox embracing the ghoulish occasion with a great blog post. Now the BetaKit team has found another example of a Canadian startup making light of Halloween.

This morning Waterloo’s video marketing pros Vidyard, obviously making good use of the $6 million series A round it raised in March, released a nine-minute “horror video” called “Franken-Bot: The Story of a Killer Video Marketing Creation!”. It’s the best Halloween video we’ve seen created by a Canadian startup… so far. (Slash the only one).

According to Vidyard, the startup wanted to create a horror film “fit for a modern marketer.”

The plot involves  “Dr. Vidyard and his ugly minion, Igor”, who create Franken-Bot in their laboratory. By far the two best characters were Dr. Vidyard and Igor, who seem to speak english with hints of German, highlighting all the wonderful misconceptions about Mary Shelley’s original novel, Frankenstein. (Dr. Victor Frankenstein was born in Naples in the book…ok, ok, I’ll stop).

Anyways, it appears Vidyard CEO Michael Litt played Dr. Vidyard, and I applaud him because the job he did was great. The rest of the acting was actually so bad, but it had us laughing. It was bad in a cute way, where it was cool to see an entire team help out and produce a fun video for a fun occasion.

The ending was the best, where the marketing geeks at Vidyard have “Dr. Vidyard” explain Franken-Bot’s purpose.

“This thing. It was our intention to have it help businesses drive revenue through the use of online video!”

“Yes. It was our intention to give people the data and let them use it accordingly,” adds Igor.