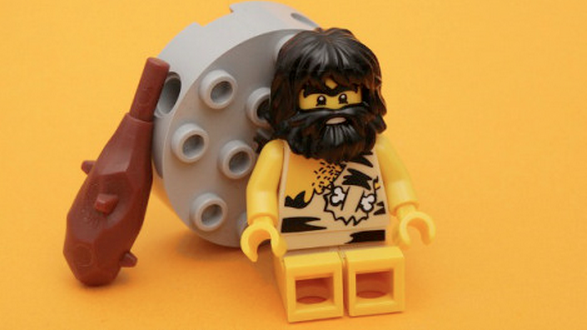 Reinventing the wheel and building a better mousetrap are cliches normally thrown around during a terrible elevator pitch. Just taking an old idea and adding the latest technology to it isn’t usually a recipe for success. But when you execute better on an old idea, using technology, you have can have winner on your hands.

What if you could get anything that you want, delivered to your doorstep?

As part of the spring 2014 Extreme Startups cohort, Hurrier is changing the way B2C delivery works.  B2C delivery startups used to be tarnished by billion dollar busts like Webvan (from the first dot-com bubble), but have recently come back into vogue with startups like Hurrier, Food.ee, TaskRabbit and more.

Their beta program currently focuses primarily on food delivery from premium fast food restaurants in Toronto, such as Grand Electric and Burger’s Priest, but are expanding to handle B2C deliveries for the LCBO and Shopper’s Drug Mart.

Video: Hurrier is the Toronto-Based “Uber for Goods”

It’s truly perplexing how no other industry makes you jump through hoops in order to give them your money, except for restaurants.  Currently in closed beta, Tab Payments is a mobile payments startup looking improve your dining experience.  Tab is a mobile app that allows customers to pay and tip without having to reach for their wallets, and also gives restaurants insights and analytics about their customers and their staff.

While competitors like PayPal (which recently launched mobile payments to TouchBistro’s tablet kiosks) focus primarily on in-and-out establishments like cafes, Tab is looking to leverage higher end restaurants, where the problem of paying on clunky wireless terminals is more pervasive, for their public launch later in the month.

After raising over $80,000 on Indiegogo, Whirlscape is now a fully fledged startup, having secured over $500,000 in seedfunding from YCombinator, FundersClub, BDC Venture Capital and more.

Minuum, Whirlscape’s first product, is an Android keyboard replacement that takes 50% less screen space than the stock Android keyboard and uses an advanced auto-correct algorithm to increase the speed and efficiency of your typing. In addition they’ve recently launched their developer SDK to allow the Minuum to run on devices such as Google Glass, Leap Motion, and more.

The Nymi by Bionym is a wristband that uses the unique electronic signal from the wearer’s heart as a password.  And if that wasn’t cool enough, the bluetooth enabled wristband also has basic motion and proximity detection features that allows for all sorts of use cases.  With the recent release of their developer SDK, Bionym is looking to build a platform that will allow other apps and services to use the motion, proximity and authentication features of the Nymi into their product.  For example, their recent partnership with Passwordbox allows users to authenticate their login information on their mobile apps with the Nymi.  Look for the Nymi in full production in mid-2014.

Anthony Wong is the founder of Shift SMS. You can usually find him drinking copious amounts of coffee, collaborating with early stage startups and watching the New York Knicks. www.shiftsms.co

Minister of Small Business and Export Promotion, Mary Ng, has announced the federal government is now investing $20 million CAD of its Women Entrepreneurship…