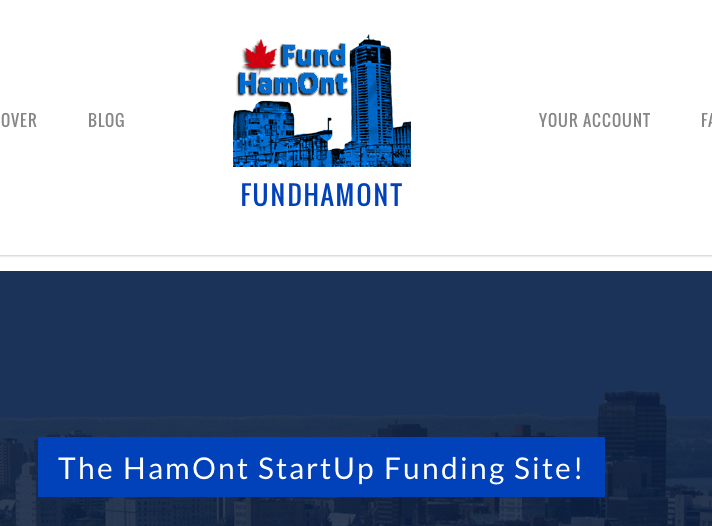 Hamiltonian serial entrepreneur Jim Rudnick has launched a new crowdfunding site for Hamilton entrepreneurs and makers to showcase their projects in the hopes for funding.

FundHamOnt could be the beginning of a new trend in crowdfunding, that of the geo-specific variety, or only showcasing the projects of people who reside in the area. In an online age where the superiority of a product seems to trump whoever the maker is and where they reside, there is a certain truth to the fact that Hamiltonians, for example, may want to support their fellow citizens more than other entrepreneurs.

Rudnick told the Hamilton Spectator last week that the site had been running for just a few days before he fielded calls from four different projects. Unfortunately he had to turn them down because they were all American.

He also told the newspaper that he “didn’t intend to provide a platform where it ends up just being a buffer between a startup and a bunch of friends and family.”

In a release Rudnick called the site a “city building”, even predicting that it will “snowball”. He provided some stats that could back up his claim. Crowdfunding has grown at a quick pace and by most people’s estimates that pace isn’t slowing down anytime soon. According to the National Crowdfunding Association of Canada (NCFA), there were 45 crowdfunding platforms in Canada. In 2013 the industry was projected to grow to $5.1 billion, of which $265 million was assumed to come from Canada.

Rudnick is the owner of owner of KKT Interactive, an SEO optimization company. He also cofounded Snap-pay.com, a credit card program that can be used on a mobile phone.

This morning he told us that FundHamOnt finally received its first Hamilton-based project, the gritLit 10th anniversary campaign, a funding drive for Hamilton’s annual literary festival. It’s looking for a simple $1,000 and so far it’s already a part of the way there (albeit by only one percent!).

Interactive Ontario has launched a Diversity & Inclusion Toolkit for the Interactive Digital Media Industry. The not-for-profit industry trade association focuses on the growth of…