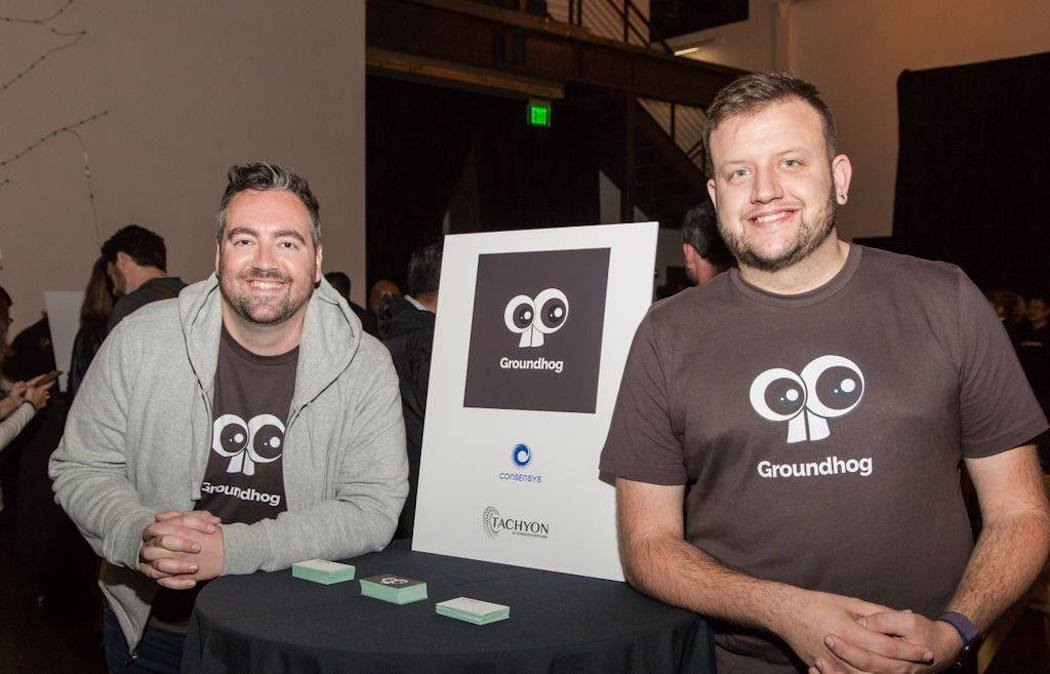 Groundhog filed the complaint last month with the US District Court in the state of New York, alleging ConsenSys misappropriated its intellectual property to create a rival version of its payments system.

Groundhog alleges that it gave ConsenSys access to trade secrets and 120,000 lines of source code.

Groundhog, legally registered as BlockCrushr Inc., filed the lawsuit against ConsenSys, a blockchain software company based in New York and created by Joseph Lubin, one of the original co-founders and architects of the cryptocurrency platform Ethereum. Four parties are named in the lawsuit, including ConsenSys, ConsenSys Ventures, ConsenSys Fund I, and ConsenSys Diligence.

Founded in 2018, Groundhog has developed an Ethereum-based solution that consists of both a mobile wallet and a payment gateway that can be installed online via API or plugin. According to its website, Groundhog offers a way for users to create pre-authorized, recurring payments with cryptocurrency.

In the court filing, dated July 14, Groundhog alleges that after participating in ConsenSys’ accelerator in the fall of 2018 and giving the company access to its trade secrets and source code, ConsenSys ceased communications with Groundhog and later launched its own offering one day before the Canadian startup’s planned product launch.

RELATED: Coinsquare CEO and president agree to step down, pay “penalties” in settlement with OSC

“Daisy Payments was built by leveraging trade secrets that Defendants [ConsenSys] misappropriated from BlockCrushr and disclosed to the Daisy Payment’s founders,” Groundhog states in the filing, claiming that this was in violation of the confidentiality agreement signed by both parties as part of Groundhog’s acceptance into the ConsenSys’ accelerator program.

In a statement sent to BetaKit, ConsenSys acknowledged it was aware of the claims filed by Groundhog, noting it is ConsenSys’ general policy to not comment on ongoing legal matters.

“We must deviate from that policy in this case to express our severe disappointment that such baseless claims are even being filed,” ConsenSys said, however. “The facts tell a markedly different story than the falsities put forth by Groundhog and their counsel. We look forward to vigorously defending the reputation of our organization and products, and will not allow the firm to be a target of financial opportunism such as these meritless allegations.”

The filing alleges that under the terms of the $100,000 investment, ConsenSys could request confidential information about Groundhog’s business operations, and in return, ConsenSys was obligated to keep that information confidential.

Groundhog alleges that over a series of meetings with members of ConsenSys, the startup “detailed every aspect of its marketing, financial, technical, and regulatory strategy,” including 120,000 lines of source code.

“Defendants told BlockCrushr that they would protect BlockCrushr’s trade secrets, and continually promised BlockCrushr more money and a bigger role in the Ethereum ecosystem—as long as BlockCrushr kept sharing,” the filing states.

Between September 2018 and February 2019, Groundhog alleged, ConsenSys had requested over 20 meetings to “talk in-depth about the payments system.” The startup said Vincente Hernandez, then an engineer with Token Foundry, another ConsenSys project, was present at many of these meetings. Hernandez would go on to become a founding member of Daisy Payments as a smart contracts engineer, according to the filing. The complaint also alleges Hernandez put some of Groundhog’s publicly available code in his own GitHub.

Daisy Payments was later rebranded to CodeFi Payments. The company’s website claims Daisy was founded in February 2019 within ConsenSys’ CodeFi team and continues to be incubated by ConsenSys.

“The facts tell a markedly different story than the falsities put forth by Groundhog and their counsel.”
– ConsenSys

Groundhog alleges that in February 2019, ConsenSys ceased communications and “additional funding and investments” never materialized. Groundhog planned to launch its payments system on August 23, 2019, and claimed it privately informed ConsenSys of the launch on July 23, 2019.

The filing states one day before Groundhog expected to launch its product, ConsenSys launched Daisy Payments on August 22.

On August 22, 2019, Ken Timsit, managing director of ConsenSys Enterprise Solutions, tweeted about the launch of Daisy Payments, calling the offering a way for “anyone to accept cryptocurrency for purchases, subscriptions, usage fees and other payments.”

The filing states that following the launch of Daisy Payments, Groundhog did not launch its solution on August 23 as planned. Groundhog claims Burke and Redden immediately reached out to Consensys “to try and salvage the situation.”

Groundhog alleges that on September 13, 2019, Burke and Redden contacted Praneeth Srikanti, a principal at ConsenSys Ventures, who “admitted he was ‘as shocked as’ Burke and Redden,” and apologized.

The Halifax startup also claimed Srikanti admitted ConsenSys “made a mistake” with firewalls it was supposed to have in place to prevent Groundhog’s assets from being used by other teams. Groundhog claimed no action was taken and communications ceased in October 2019.

“Defendants, using their position of trust and posing as investors and mentors for BlockCrushr, misappropriated valuable trade secrets and launched an identical, competing product the day before BlockCrushr was set to publicly launch its product,” Groundhog states in the filing.

“In effect, it offered the identical product that the BlockCrushr team had been developing for the prior 19 months, since February 2018,” the filing states.

When reached for comment, Groundhog’s legal counsel acknowledged to BetaKit these kinds of processes can take several months until a response from the defendants is issued, and declined to provide additional comment.