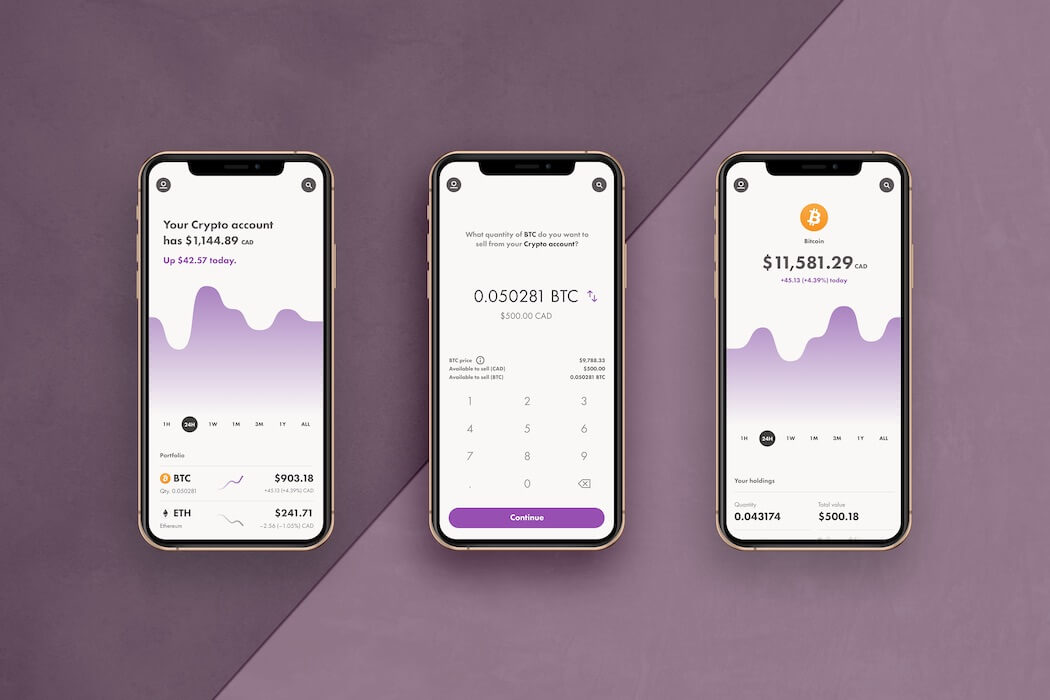 Wealthsimple is set to expand into the cryptocurrency trading space with the launch of Wealthsimple Crypto.

The new product offering will provide commission-free trading of Bitcoin and Ethereum through a mobile trading app. The Toronto-based FinTech startup has launched Wealthsimple Crypto in private beta and will roll out the product to users by invitation over the coming weeks.

“It’s important that [Wealthsimple] started thinking about the role that crypto is playing in the financial services ecosystem.”

Wealthsimple Crypto will be offered by Wealthsimple Digital Assets Inc., a newly-formed, wholly-owned subsidiaries of Wealthsimple Financial Corp. Wealthsimple registered the business earlier this year; one of three, in preparation for the launch of a variety of new services.

According to Wealthsimple, Digital Assets is a virtual currency dealer money services business authorized by Financial Transactions and Reports Analysis Centre of Canada (FINTRAC). It is also reportedly working with the Ontario Securities Commission (OSC) on a regulatory sandbox framework for offering Wealthsimple Crypto to Canadians.

“Crypto is already super popular and growing in its popularity, and growing in its credibility. And the reality in Canada is that there aren’t that many options to buy and trade cryptocurrencies in a safe and secure platform,” Wealthsimple co-founder and CEO Michael Katchen told BetaKit. “We really see ourselves as building a brand all around helping people invest their money, trade their money in a responsible way, and we think we have an opportunity to extend that into buying and selling cryptocurrencies.”

“There are a lot of barriers to safely buy and sell these assets on a Canadian platform,” Katchen said, noting that Wealthsimple’s goal by moving into the space is to remove those barriers by giving Canadians access to an “affordable, easy, and secure” crypto product.

The move into crypto may prove to be an interesting one. Recently, the Canadian cryptocurrency trading space has faced some controversies, most recently with popular Canadian cryptocurrency exchange Coinsquare being accused of “artificially inflating” how much currency it trades. According to Vice, Coinsquare was “wash trading” – automatically buying and selling currency between accounts it controlled – something that is likely to draw attention from securities regulators.

The lack of clarity on how regulation applies to cryptocurrency has long-affected FinTech startups in Canada. The Canadian Securities Administrators, a non-federal body of securities regulators from Canada’s provinces and territories, has previously suggested the implementation of a “regulatory regime” tailored toward crypto trading platforms.

Recent amendments to the Proceeds of Crime (Money Laundering) and Terrorist Financing Act (PCMLTFA) made by FINTRAC, the national financial intelligence agency of Canada, have had regulatory implications for cryptocurrency business.

Under the amendments, businesses including virtual currency exchanges and brokerages are now required to register with FINTRAC, comply with PCMLTFA, and develop “comprehensive and effective” anti-money laundering compliance programs.

“The reality is that crypto is still a very novel space, regulators are still understanding the role that they’re going to play in this industry,” said Katchen. “[Wealthsimple is] trying to collaborate with the OSC to help figure out that framework going forward.”

“Crypto is still a very novel space, regulators are still understanding the role that they’re going to play.”

“I think the fact that we come from it as a regulated entity across our various other business lines gives us a greater sensitivity and appreciation for what it means to work with regulators, how to help inform their thinking about this, and work collaboratively on a solution that’s right for the industry and right for regulators too,” he added.

The cryptocurrency traded on Welathsimple’s platform will be custodied at Gemini Trust Company, a cryptocurrency exchange and custodian regulated by the New York State Department of Financial Services. Gemini was founded in 2014 by Cameron and Tyler Winklevoss.

Katchen called the partnership with Gemini “a big part” of Wealthsimple Crypto’s model. “There are few credible players in this space today, which is one of the ways we see an opportunity,” he said. “The reality is, there’s a lot of complexity in delivering crypto securely, and Gemini has become the de facto credible custody platform in North America. They are regulated. They are audited. They are definitely the farthest along with respect to maturity and credibility from controls and regulation.”

While Katchen noted that Wealthsimple built the rest of the technology behind its crypto trading platform, the company decided to use Gemini as a third-party custodian, rather than taking what he said would be years to build out its own such service.

The Wealthsimple CEO hinted at future expansion in the crypto space, beyond trading. Katchen, however, would not expand on what that may mean for Wealthsimple. “All I can say is that I think it’s important that [Wealthsimple] started thinking about the role that crypto is playing in the financial services ecosystem. Adding it as a way to buy and sell cryptocurrencies is a great place to start.”

Wealthsimple launched in 2014 as an automatic investing platform for the masses. The launch of its crypto business comes as the financial services startup has been broadening its product base and moving into a variety of new verticals over the past number of months. In mid-January, Wealthsimple announced it was officially entering into the spending space with the launch of Wealthsimple Cash, its first hybrid spending and savings account for Canadians.

Over the past year, Katchen has been clear about his intentions to build Wealthsimple into a full-stack financial service. The company has been working on plans to divide its offerings into three pillars: saving and investing, responsible credit, and smart insurance. The CEO has hinted that those three offerings could lead to a spending stream or a push into retail banking.

Wealthsimple Crypto will have no minimum account size, offer unlimited commission-free trades, and will not charge for deposits or withdrawals, according to Wealthsimple. There is no word on whether Wealthsimple will offer trading for any cryptocurrencies other than Bitcoin and Ethereum, in the future.

Sidewalk Toronto has an approved plan for Quayside, but not without controversy

Waterfront Toronto, the organization responsible for administering revitalization projects along the city’s waterfront, has unanimously approved an agreement with Google’s parent company Alphabet to…