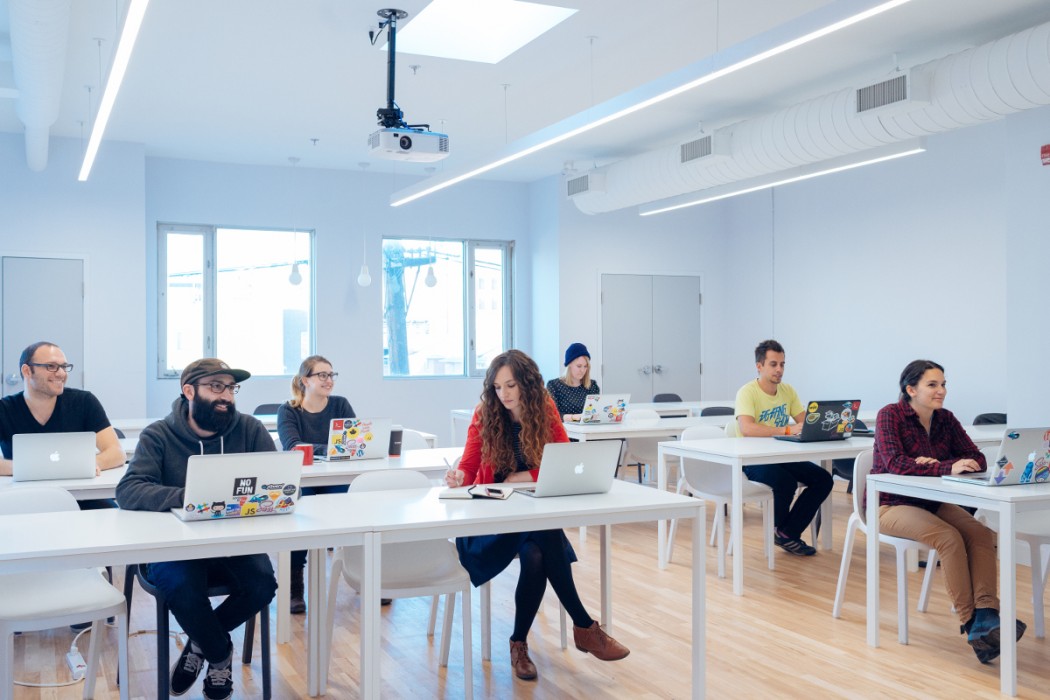 While coding bootcamps have become increasingly popular for people looking to learn new tech skills or build on existing knowledge, they have struggled to be recognized as legitimate higher education institutions outside of the tech space.

To shift coding academies from being seen as coding bootcamps to accredited schools, Toronto-based HackerYou, which offers full-time and part-time courses in web, mobile, and front-end development, has just submitted an application to register HackerYou as a private career college in Ontario.

According to HackerYou CEO Heather Payne, when HackerYou launched in 2012, it was unable to register as a private career college because of factors like its programs’ length and costs. However, as the academy grew and became more vocational, Payne felt that HackerYou needed to be accredited.

“Being registered brings a level of legitimacy to what we’re doing at HackerYou.”

“I knew that we would eventually have to ‘grow up’ and register HackerYou as a private career college,” Payne wrote in a blog post. “Running vocational programs in Ontario without being registered is simply not allowed, and being a responsible business owner means playing by the rules.”

Earlier this month, when Minister of Innovation, Science, and Economic Development Navdeep Bains met with young entrepreneurs to gain input on how Canada can improve its innovation strategy, Payne expressed discontent with the country’s educational system, suggesting that with little training in HTML and CSS, recent grads turn to academies like HackerYou to develop the skills that tech employers often look for. For Payne, this indicates another reason to register coding academies.

Getting approved as a private college can take several months, but HackerYou’s application to get approval comes just before it takes a two-month break from bootcamps between mid-November and mid-January, a time the academy uses to improve its curriculum.

“If or when our program is approved, it is going to be better than ever. First, we’ve made some massive improvements to the content, which we’re really excited to share. We’ll also be able to offer a certificate. It won’t change the reason students attend HackerYou (in this industry, you don’t need a certificate, you need skills), but it’s still cool,” said Payne.

Payne said that HackerYou’s application to register as a private college will create a shift in the way coding and development academies are viewed by tech employers and students. Not only will it contribute to the education industry and set an example for other coding academies, but it will also help the school gain more credibility and legitimacy, which can make prospective students more eager to apply for its programs.

“The requirements for Private Career Colleges should make potential students more eager to apply to HackerYou than to non-registered institutions. There are a number of requirements that are all in place to ensure that consumers are being protected,” said Payne.

“It’s probably one of the best things about the idea of being registered, it brings a level of legitimacy to what we’re doing at HackerYou.”

HackerYou’s bootcamp program will be on hold until the academy receives approval from the Ministry of Advanced Education and Skills Development.

Montreal-based tech festival Startupfest is introducing Pitch from Home, a virtual substitution for Startupfest’s in-person pitch events, which were cancelled earlier this month amid…