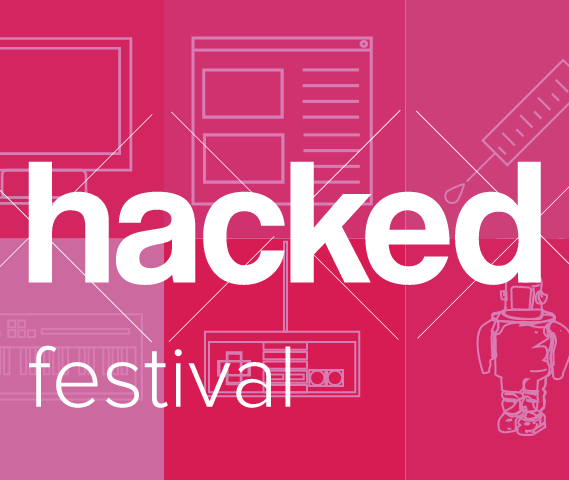 Vancouver’s inaugrual Hacked: Festival has announced the first round of programming for its event August 11 – 14, 2014 at the historic Yaletown Roundhouse.

The event’s organizers said it was “pleased to present a stellar line up of local, national and international talent in the world of technology and revolutionary thinking,” and that its new lineup will include “award-winning talent, controversial characters, people with amazing new ideas and people that have already changed the world.”

Hacked is an experimental festival celebrating “disruptive innovation, exploration and art” taking place in Vancouver this summer.  It will feature hacker led programming with talks, music, games, hands-on workshops, exhibits and market, popup hackspace, parties, films and artistic installations. “We are new and we are going to change what everyone expects from a tech event,” read the event’s website.

“Hacked is the festival I always wanted but didn’t know we could have. It’s an ongoing honour to work with such talented inventors in putting together this celebration of human ingenuity.” says Yaniv Talmor, Festival Producer.

“We curated programming that recognizes there is a global movement in motion to profoundly change the world, make it better, healthier, safer and more connected. This is as much about giving people information through raising literacy in science and technology as is about celebrating our greatest potentials as a species of creators,” said producer/curator, Cameron Kuc.

Kuc said the festival’s programming focuses on story-telling in short format. “We recognized other conference formats were either to long or not catering to the entire audience by being either too general and not specific enough for experts or being too inclusive by offering talks only on the highest levels. We chose a short format for our presentations, most talks are just fifteen minutes,” he said.

The second round of  programming to be released by on July 8, 2014.