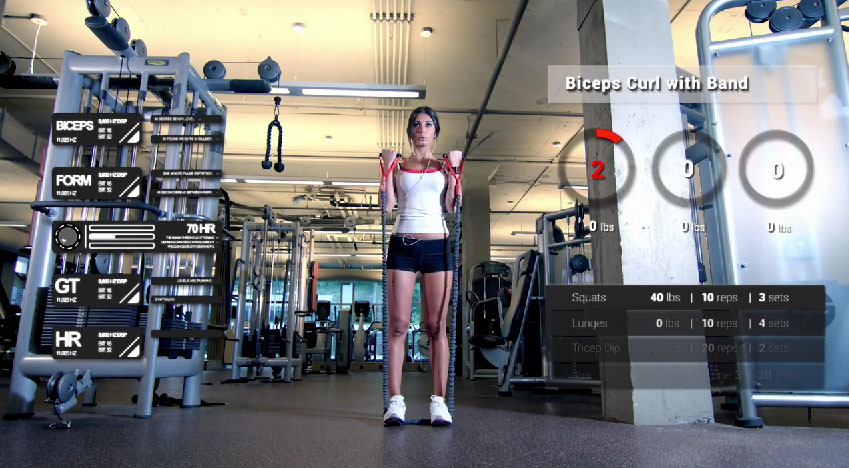 Last October, Gymtrack co-CEO Pablo Srugo, wrote about the benefits of being accepted to 500 Startups, stating that after three months in the program, “half of Silicon Valley” knew the company’s name. It appears as though the exposure has paid off, as today the Ottawa-based company announced a $2.5 million seed round, lead by Real Ventures and White Star Capital, with additional investment by BDC and 500 startups.

Gymtrack provides devices and software to track a gym member’s movements while working out. For example, Gymtrack provides smart barbell attachments that can automatically scans weight plates, as well as a smart pin that attaches onto weight stack machines to detect what weight is selected. All the workout data is then tracked by the user via mobile applications for iOS and Android.

“Gymtrack’s unique technology allows gyms to create deeper relationships with their clients, while users get more insight into their progress and health,” said Jean-François Marcoux, a partner at White Star Capital, in a statement to BetaKit. “We are excited to be backing Lee, Pablo and their team, and to continue tracking our workouts with Gymtrack.”

Gymtrack is currently testings its solution with a small number of gyms across Canada. The company expects to use its newfound funding to roll Gymtrack out across major gym chains later this year.

Gallery: A few pictures from Startupfest 2013

Montreal has once again been lit up with Startup dreams. For the 3rd year in a row, Startupfest has come back to the city…