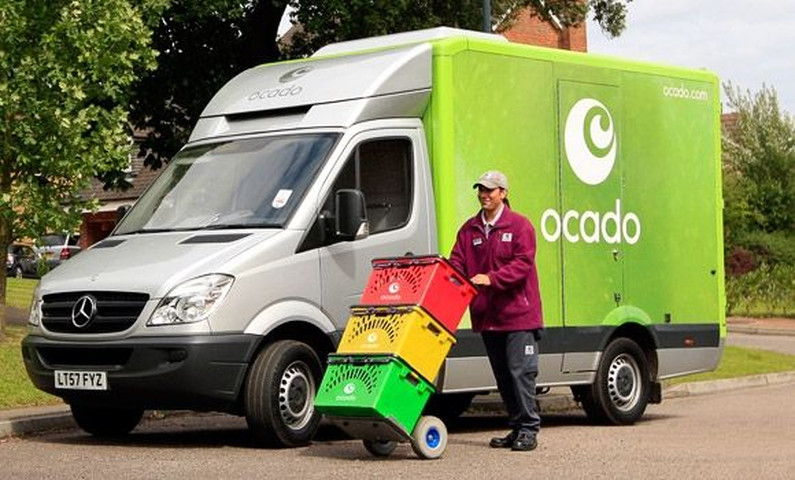 There’s no doubt that retail has undergone significant change in the last several years. One area of interest to me is the grocery business. It has so many complexities that don’t always apply to other forms of retail: perishability, refrigeration, incredibly low margins, and a high level of competition are just a few examples.

In recent years, the competition has become even more complex. First, there was the impact of superstores. These retailers already had the attention of consumers and a big part of the wallet share. They were also massive organizations that competed on the lowest price and leveraged the strength of their influence over suppliers to impose their will. More recently, there have been new forces of influence:

Even restaurants were taking a bite out of the grocery space with apps like Skipthedishes.com giving consumers the option of replacing a home-cooked meal with a service that resembles the culinary equivalent of Uber. The dollars spent in this fashion have to come from somewhere, and it’s more than likely coming from the household budget allocated to groceries.

Now, there is an even bigger change on the horizon that could have far-reaching implications. Everything we’ve been talking about ties back to an ecommerce spin. So it’s not a big surprise that Walmart, which began the disruption with the launch of the superstore, has purchased the ecommerce retailer Jet.com, and more recently Flipkart in India.

Last week, UK online grocery Ocado made the news when it announced a collaboration with troubled retailer Marks & Spencer. Earlier this year, it announced similar arrangements with Morrison’s Kroger and Sobeys. Until now, Ocado has existed as a pure-play online grocery retailer. Each of these traditional brick-and-mortar retailers plan to leverage the company’s warehouse automation technology to increase the productivity of their own online capabilities.

When brands are tailored to reflect something that resonates with the shopper, it’s not just the exclusivity of the brand that brings value, it’s the qualities it represents.

These two situations have created a unique dynamic. On the one hand, you have the monster retailer that is growing its capabilities by acquiring ecommerce businesses that help it compete more effectively with Amazon. On the other, you have grocers that we all recognize, partnering with an online provider that is putting a white label on its core competency as a way to boost its bottom line. With these two forces coming from each end of the spectrum, it leaves retailers that don’t have the financial backing to buy a global ecommerce engine or a world-class warehouse distribution system caught in the middle. It’s a dangerous time to be caught in the middle.

There are, in fact, strategies that can help grocers that exist in the middle to compete with organizations that play a completely different game.

Knowing the customer through analytics tools can allow a grocer to provide a high level of personalized service, especially when it comes to the shoppers’ needs in the context of their lifestyle. This is becoming an even more important element of customer loyalty with a new generation of shoppers who place a high value on healthy living and the taste of unique food experiences.

Some of this can be achieved on a personal level through loyalty programs and targeted offers. There are also anonymous tools that can inform retailers with valuable information and influence the customer at the point of decision. One example is in the image above. COOP Italia introduced digital signage that responded to the gestures of a shopper – for example, providing information on food traceability and nutrition. The solution also records customer data like dwell time, product choice affinity, and traffic mapping.

From a merchandising perspective, there’s the aspect of having a strong brand presence. Canadian Tire, for example, has become recognized as the home of exclusive brands, (Paderno, MasterCraft, and now Helly Hanson). Another example from the grocery scene was Dominion, which was famous for its tagline “It’s Mainly Because of the Meat.” This becomes unique to the retailer and is very difficult to compete with. When those brands are tailored to reflect something that resonates with the shopper, it’s not just the exclusivity of the brand that brings value, it’s the qualities it represents.

Technology is the enabler in each of these situations. Approaching these challenges from the perspective of digital transformation can be the key to surviving the squeeze of digital disruption.

Operational excellence is the most effective way to manage costs. Up to 60 percent of a grocer’s profits can suffer a negative impact through shrink, the rising cost of energy or associate productivity. In Australia, Coles has been able to achieve higher levels of associate engagement and a lower turnover of staff with collaboration tools that allow teams to share best practices, communicate ideas, and implement programs that have been designed to train associates more effectively. Using tools like the Internet of Things (IoT), there is an opportunity to track, measure, and analyze the performance of equipment and facilities. This can make it easier to predict when equipment is going to break down or attend to situations that require immediate attention.

The recent acquisition of Magento by Adobe is another disruption from which new opportunities might arise. Adobe has become known as a cloud-based home for enterprise software. Other acquisitions have positioned them as a provider of marketing tools and services. Magento is a one-stop shop that helps merchants achieve their own digital transformation with ecommerce assets serving both B2B and B2C audiences. With friends like that, you can go head-to-head with any competition.

Technology is the enabler in each of these situations. Approaching these challenges from the perspective of digital transformation can be the key to surviving the squeeze of digital disruption. 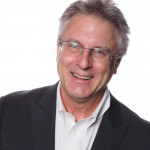 Dave Rodgerson is the Retail Industry Lead at Microsoft Canada. His career includes experience both as a line of business executive for some of Canada’s leading retailers and more recently with technology leaders that support the industry. Dave works closely with clients and industry associations that share an interest in creating a new consumer experience. More recently, he has been sharing stories about digital transformation and its impact on consumers and the Omni channel experience, helping his clients create their own vision for the future of retail.

Last year saw 31 percent more venture capital investment in Canada compared to 2012, up to $2 billion from $1.5 billion. In fact, investments in 2013…