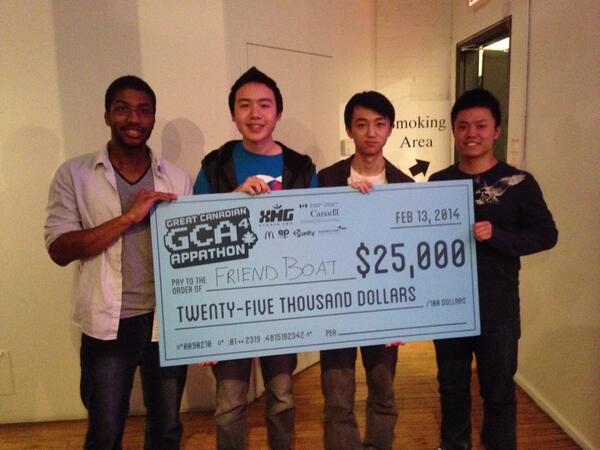 The Great Canadian Appathon [4] awarded $35,000 to student game developers after its Grand Finale occurred yesterday. The Appathon itself happened on January 19th, when over 500 college and university students competed to design the next hit mobile game in just 48 hours.

Now the winners have been crowned, and ‘Team Friend Boat’, who created the game ‘Size Matters‘ took home the grand prize of $25,000. The top three submissions showed off their creations to a panel of judges yesterday. They were selected from over 100 submissions.

“Bringing in art schools through the custom matchmaking system on the GCA website really took the quality of submission to a whole new level,” said XMG Studio Inc. Founder Ray Sharma. “The games were more polished and much closer to being market-ready than we would’ve expected and we’re excited to work with the teams to launch them in an App Store.”

Tony Clement, President of the Treasury Board and Minister for the Federal Economic Initiative for Northern Ontario, announced the winners and awarded the prizes.

The other prize winners were as follows:

Indigo, or Chapters Indigo, continues to be a relentless source of hope for a Canadian retail market seemingly on the permanent verge of implosion….