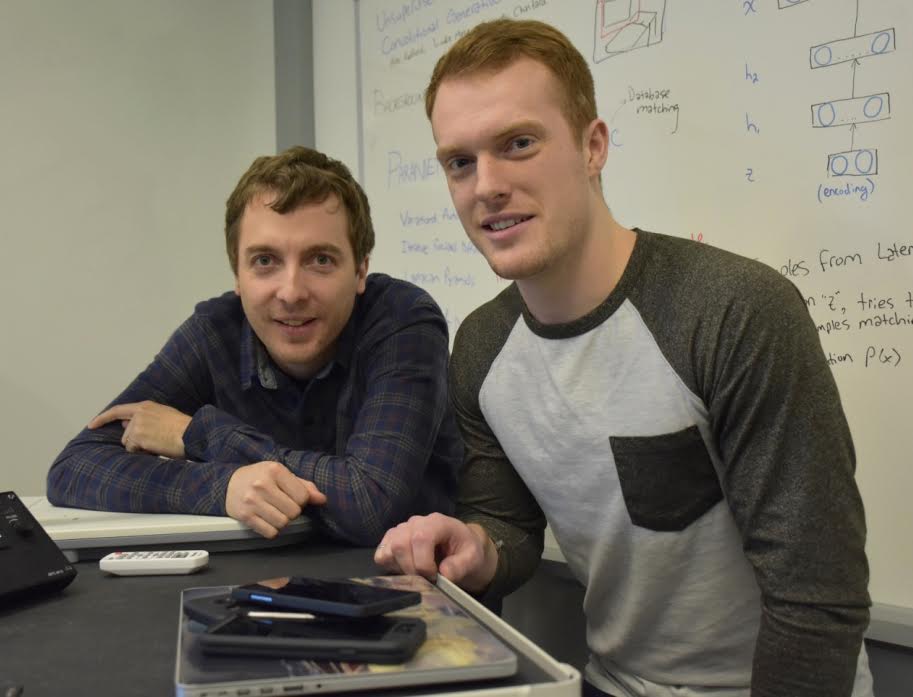 12345678, qwerty, 12345, starwars, princess and solo all made the cut of the most popular passwords of 2015. Thanks to two University of Guelph researchers the days of remembering your password may be numbered.

Lacey, along with Neverova, participated in a 3-month program at Google’s head office in Mountain View, California to develop something called “continuous authentication,” a system that utilizes the sensors within your Android device to authenticate who is actually using it, such as its camera, fingerprint reader, and accelerometer.

“Mobile users find typing in passwords intrusive to their enjoyment of the phone. So we were looking for a solution that could help improve the usability of their devices,” said Lacey in an interview on UofG’s website. “Those passcodes, they take time, they’re annoying and they’re not super-secure either. We all walk, or move our phones in different ways. And so essentially the phone has an idea of whose holding it and if it’s not you, it can lock itself automatically. And if it is you, it will unlock.”

The trio suggests the device learns to recognize the habits and patterns of users, as well as keystrokes, sounds, images, and location to unlock Android devices.

This isn’t the first time we’ve heard about Google experimenting with new forms of passwords technology. In December, Google reportedly tested a method that allowed users to log into desktop-based accounts via NFC authentication facilitated by a smartphone.

R|T: The Retail Times – Blue Apron in the red