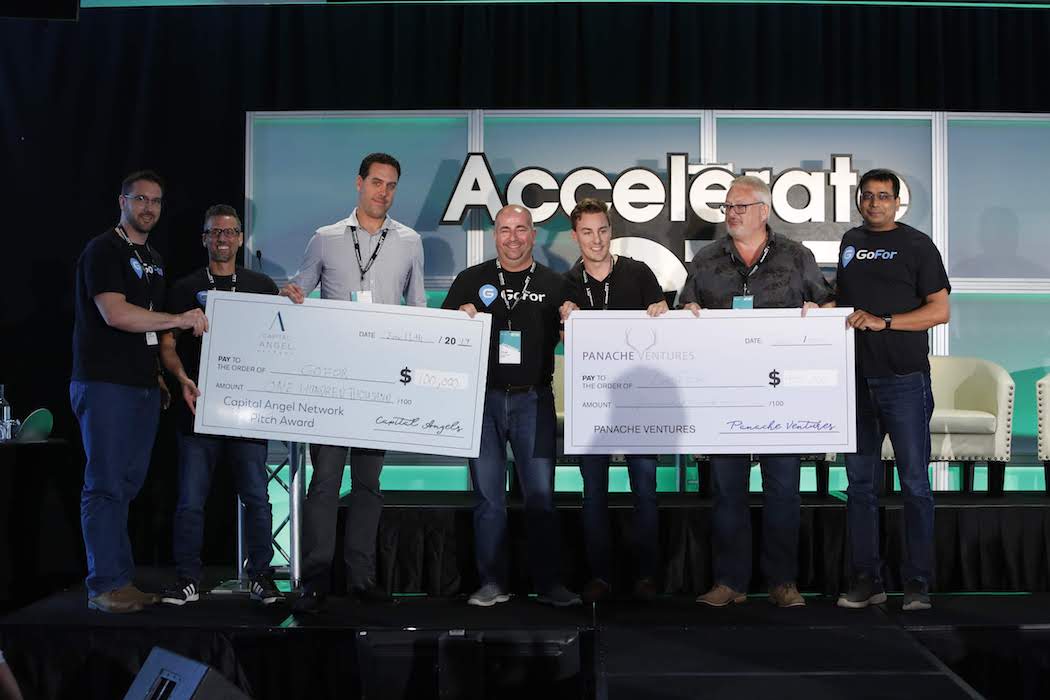 Invest Ottawa has announced the winners of AccelerateOTT Pitchfest, a pitch competition that aims to address key opportunities and challenges facing the startup and scale-up community.

“I think the ultimate investment committed to all six of these firms will go up substantially from here.”
– Nick Quain

GoFor Industries, a tech startup that brings last minute, last mile delivery to the construction industry, received a total of $500,000, which included $400,000 from Panache Ventures, and $100,000 from the Capital Angels Network. CybernetIQ, a startup that offers a single solution for cybersecurity visualization, security, orchestration, automation and response, received $250,000 contributed by MaRS IAF.

“Ottawa’s startup ecosystem is on fire, so it was an easy commitment for Panache Ventures to make knowing some of Canada’s top startups are located there,” said David Dufresne, partner at Panache Ventures. “Having been involved with AccelerateOTT last year, we know it is the pinnacle entrepreneurial event for us to be part of.”

The Pitchfest finale was held at the National Arts Centre earlier this week. Six Ottawa-based tech startups were chosen to pitch before a panel of judges and a 600-person audience that included local entrepreneurs, developers, and investors.

Panache Ventures committed an additional $150,000 cash to a winner-takes-all prize. In addition to the two seed investment commitments in GoFor and CybernetIQ, Panache Ventures and MaRS IAF said they would begin due diligence with a few other companies that pitched, beyond their respective commitments to date.

“Funding is always a difficult path for entrepreneurs, and our hope was this pitch competition would help clear some of the hurdles on that path,” said Nick Quain, vice president of venture development at Invest Ottawa. “We are thrilled for GoFor and CybernetIQ. It’s also clear all four other Pitchfest companies are of significant interest to these investors as well. I think the ultimate investment committed to all six of these firms will go up substantially from here.”

Kruger Biomaterials to upgrade plant with $2 million from federal government

Kruger Biomaterials, a company that generates cellulose filaments from wood fibres for industrial applications, has received $2 million from the federal government. “We are…