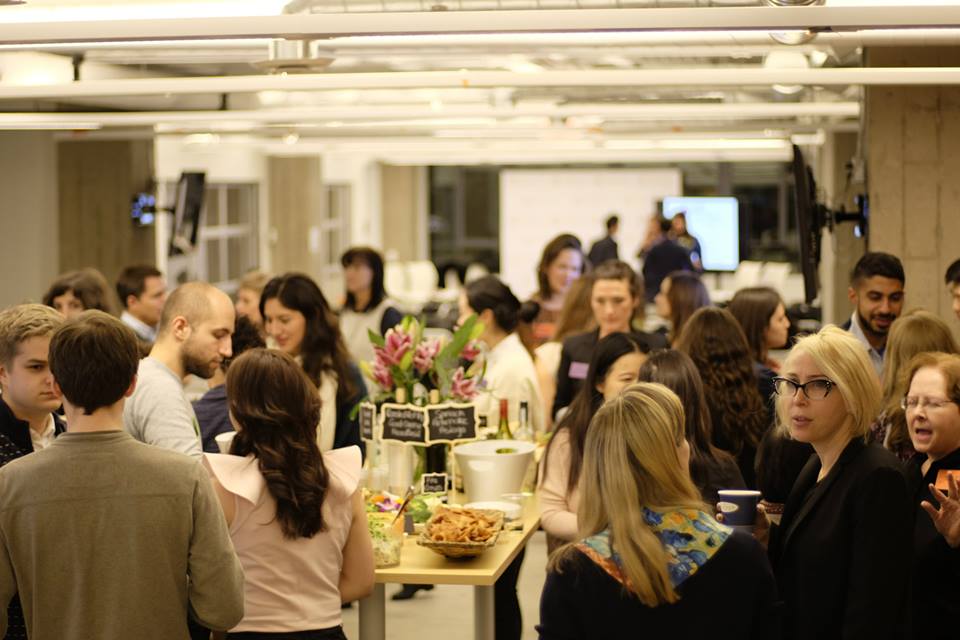 Incubators, accelerators, venture capital, and pitch events all contribute to growing a tech ecosystem. But Girls Raising founder Vanessa Dawson has been critical of the current infrastructure, saying that it primarily benefits male entrepreneurs.

Running counter to the old-boys club, Dawson has created an infrastructure that offers female-friendly alternatives, and an event that rejects the idea of pitching. Where one would usually perform under pressure in a make-it-or-break-it atmosphere, Girls Raising created a space where companies gave presentations instead, and a chance to obtain collaboration and insight from advisors, venture capitalists, and entrepreneurs alike.

With over 68 pitches, a database of over 2000 advisors, investors and entrepreneurs all across Vancouver, San Francisco, New York, and Toronto (including the likes of Jean Sullivan of StarVest Partners and Adam Quinton of Lucas Point Ventures) Dawson and her team has helped raise over $33 million dollars for women-founded companies. But Dawson has come to the realization that Girl Rising was too small to have the impact she envisioned.

“Girls Raising started as an event series because there was a pain point, but now we’re expanding that idea,” Dawson explained. Enter 2015, and Dawson has pivoted Girls Raising into The Vinetta Project, a virtual ecosystem intended for all entrepreneurs who want an alternative to the traditional tech space (the event series of presentations will remain a component). “With a virtual ecosystem we can increase number of women that start high-tech companies and the way we can do that is create a high-quality community that can leverage technology,” Dawson emphasized.

Unlike the clear commitment towards female empowerment with Girls Raising, The Vinetta Project aims to be a gender-neutral space that creates accessibility to advisors, founders, investors, researchers, and media. “You need balance because that’s when you perform the best,” Dawson stated. “Right now the balance is so on the male dynamic that we’re leading ourselves into a very dangerous area.”

“The Vinetta Project is aiming to create an equilibrium.”

The danger, Dawson says, is the loss of companies and ideas that have the potential to change industries simply because of gender imbalance. “The Vinetta Project is aiming to create an equilibrium. We need and want men in these conversations but we couldn’t do it under the previous name or structure.”

Backed by the likes of Boris Mann, John Ruffolo, and Brad Feld, The Vinetta Project aims to be an effective, metric-powered virtual space that happens to also set the precedent on gender-balance and inclusivity in Toronto, San Francisco, New York and Vancouver. “We’re not a social advocacy group. We don’t need another hashtag,” Dawson insisted. “We’re about a better ROI, better metrics, and investing in women because it’s a smart business opportunity. Not because of injustices, but we also can’t ignore that there are injustices out there that we’re trying to fix.”

Dawson expressed that a majority of the time the backlash towards initiatives like Girls Raising, and now The Vinetta Project, have been from other women. Vivek Wadhwa, a Duke and Stanford affiliated researcher and academic who has been an advocate for the movement of women in technology was heavily criticized in a WNYC TLDR podcast, where co-founder of Model View Culture, Amelia Greenhall, accused him of profiting off of his viewpoints. “Vivek is one of our advisors,” Dawson shared, “and I’m ashamed that when strong men try to take a strong stance for women that they can be shut down so aggressively. They have pushed him to a point where he’s now stepping out of the conversation.”

The Vinetta Project’s virtual ecosystem is aiming to eliminate the geographical limitations presented in accelerators, provide a longer time period of support, an environment that creates an alternative to traditional tech infrastructures. “It’s difficult for women to balance their lifestyle needs because they have different challenges in their daily lives. A virtual ecosystem would create a more flexibility for factors such as kids,” Dawson shared. Although application to join the network is available through the website now, details on capital mechanisms have yet to be revealed. “There are numerous things that women have expressed that just don’t work for them in accelerators, but we’ve pulled out the value points such as mentors, advisors, the capital.”

While accelerators have been pivotal in pushing emerging talent, when leading accelerators like YCombinator have statistics that showcase only 4% female founders, it demonstrates that the current infrastructure has only been beneficial to a narrow demographic. “They all admit it. The majority of the men we’ve talked to admit it.” Dawson stressed. “The Diana project, all these credible institutions – the data is all there but nothing is changing, because money controls power, and the power lies with white, Caucasian, males. But when Kevin O’Leary from Shark Tank says he invests in women because women make him more money, there’s something to be said about that.”

The Vinetta Project is currently in the process of sending four Canadian female founded companies to New York to enhance “cross border collaboration and connections.” Winners from Toronto include SKE Labs and R/ally, while BaseYourself and Payso made the cut from Vancouver.

When Romila Barryman isn't playing her Super Nintendo at home, she's playing with code. A writer immersed in the tech hub in Vancouver, Romila can bring out the most technical components of a story and parse them into a more human based syntax.