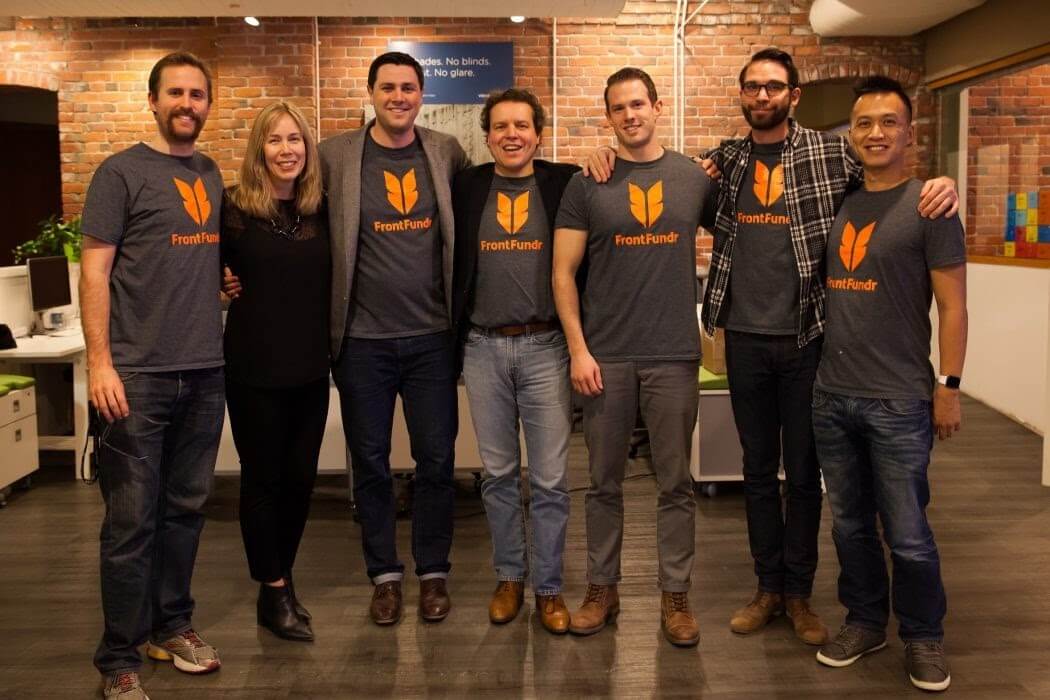 FrontFundr has secured $1.78 million CAD, through its own equity crowdfunding platform, as it looks to scale and bring more awareness to the crowdfunding model.

The funding came from 411 investors and brings FrontFundr’s total funding to date to $5.48 million, with the startup having raised all its capital through its own platform.

“Creating all that awareness has been a huge job for our company in the last five years.”
– Peter-Paul Van Hoeken, FrontFundr

FrontFundr is using the financing to build on what it calls positive business momentum, as regulators have recently made it easier for startups to raise equity crowdfunding capital.

Securities regulation in Canada, which equity crowdfunding falls under, is regulated on a provincial and territorial level, with no federal securities body. This has led to a patchwork of rules that change region to region.

Recently, the Canadian Securities Administrators (CSA), the council of all the securities regulators that coordinates and harmonizes regulation, has released new rules making it easier for companies across the country to raise equity crowdfunding capital.

“[There was a] patchwork of different rules, and they weren’t harmonized,” said Peter-Paul Van Hoeken, the founder and CEO of Silver Maple Ventures, the parent company of FrontFundr.

“That certainly has helped to create confusion in the market and definitely has been a challenge to growing the market,” he added. “Now, that’s out of the way.”

FrontFundr was founded in 2013, shortly before crowdfunding investment was legalized federally in Canada in 2015. The startup’s stated mission is to democratize the private sector investment model by offering companies an alternative to venture and private equity investing. To that end, Van Hoeken says FrontFundr has had to spend much of its time marketing the idea of equity crowdfunding to Canadian companies and investors, in addition to fighting for more harmonized regulations.

“We’re missionaries to spread the word around equity crowdfunding, in general,” said Van Hoeken. “We’re the leading platform in Canada, which is great, but that means that you also have to do most of the heavy lifting.”

“Creating all that awareness has been a huge job for our company in the last five years,” the CEO said. “Not even awareness around FrontFundr, but more like the awareness that, ‘hey, this is an alternative way for you as a company to raise capital, and, as investors, you think you can only invest by Wealthsimple and public stocks, you can also invest in early stage companies from the very beginning.”

With the new regulations in place and FrontFundr having seen “strong growth” over the last 12 months, the company is looking to use its recently secured capital to scale.

“We were doing more business, so we need to expand our operations,” Van Hoeken stated.
FrontFundr plans to use the capital to grow the sales and marketing side of its business, as well as further develop its technology behind the crowdfunding platform.

While Van Hoeken did not provide numbers on FrontFundr’s growth over the past year, he noted that it has been bolstered by the COVID-19 pandemic and an increase in people launching their own companies. This is also something the CSA claimed pushed it to harmonize crowdfunding regulations across Canadian provinces.

In addition to harmonizing crowdfunding regulations last year, the CSA increased the amount issuers are permitted to raise per year from $500,000 to $1.5 million. The rules, which will come into effect on September 21, were touted as a way to “improve the effectiveness of startup crowdfunding as a capital-raising tool” and replace equity crowdfunding rules currently in effect in Ontario, Québec, British Columbia, Alberta, Manitoba, New Brunswick, Nova Scotia, and Saskatchewan.

At the time of CSA’s announcement, Van Hoeken called the move “a watershed moment for Canadian investment crowdfunding.”

“We have seen the immense value and impact that harmonized crowdfunding rules have had in the US and the UK, and so we are really excited to work with Canadian companies and investors to help create the same sort of environment over here,” he said.

Canada’s new harmonized rules move it closer to countries like the United States and Canada, which have clearer regulations and higher investment limits that have helped foster their crowdfunding markets.

For its part, FrontFundr has worked to foster crowdfunding in Canada as more than just a marketplace for early-stage startups. In 2019, the startup integrated FrontFundr with DealSquare, its sister company that offers a centralized dealer platform for private placements. The move allowed FrontFundr to offer alternative financing options from early-stage to pre-IPO companies.

“We leverage technology to provide anyone access to investment opportunities in startup companies,” said Van Hoeken. “The mission is really, provide access to companies to enable them to attract the capital they need to grow, and, on the other side, to democratize investing for the public.”

Toronto-based Ratehub has acquired personal finance magazine MoneySense. The deal is expected to close on December 1, 2018, with Ratehub and MoneySense continuing to…