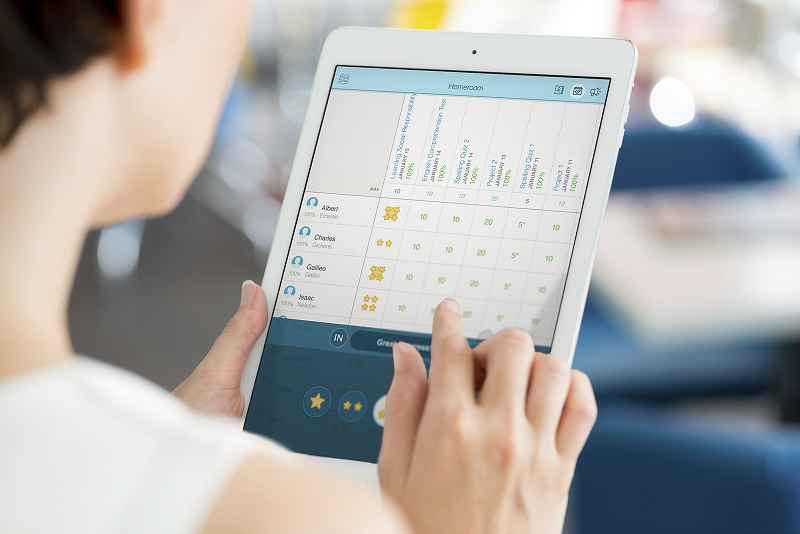 Technology innovation in the education space is flourishing, as school systems try to offer not just new curriculum, but a better paradigm than the 20th century classroom model. Kelowna, B.C.-based FreshGrade has already gotten plenty of traction – it’s used by more than one million teachers, parents and students worldwide, and with a new round of $11.6 million in funding, it may be on the verge of schooling the competition. To date, FreshGrade has raised $15.9 million.

FreshGrade lets teachers and students “capture learning artifacts from the classroom” by uploading pictures, videos, audio recordings, and notes to an online portfolio. Teachers also have the ability to map learning objectives to assessments and activities, making it easier to see where some students may be falling behind, so they can resolve their learning issues faster.

The Series A round is roughly ten times the previous level of investment in the startup and is even more startling, given the somewhat more challenging investment ecosystem in the last few months. Still, there’s no question the firm had legs right from the start, co-founded by Lane Merrifield (co-founder of Club Penguin, sold to Disney for $350 million) and Steve Wandler (whose YourTechOnline.com startup was acquired by SupportSoft, Inc., which went on to dominate the online tech support space).

FreshGrade was founded in 2011, but the company spent a lot of time in a pre-build phase and didn’t even have a working app until more recently, notes FreshGrade director of marketing Kemp Edmonds, looking back with some wonder on the pace of change. “The current iteration that combines a digital portfolio, parent engagement, with a nice assessment component for educators, has been around for 18 months.”

Just as the education startup has rapidly evolved, the sector itself is also changing, even faster. “EdTech 1.0 was built for administrators and IT teams, often with too many features, requiring a lot of operational people. It was a beast to manage,” Edmonds explains. “The spreadsheet systems that were a big part of it were not really for helping teachers, but it was more about facilitating administrators, doing reporting better and not necessarily engaging with students in a better way.”

Fast-forward to today – and the emphasis is much more well-rounded. “EdTech 2.0 is more about the people,” Edmonds says. “For instance, parent engagement in the old world was centred around a report card, parent-teacher interview, and maybe participation in a field trip. You’d log into a gateway to see what your child was doing, but you don’t really see what they’re learning.”

That’s where FreshGrade aims to shake things up, with personalized learning that truly connects all stakeholders – ideally, without making teachers take up any extra time. “That’s actually something we’ve heard directly from one teacher – they thought this was going to take a long time, but it’s actually more efficient to use this system instead of sending notes home with students.”

That change is also changing your typical after-school conversation. For any parent who has struggled to get a word out of their taciturn children around the dinner table, now they’ve already seen the kid’s classroom presentation or seen their book report – and something real to spark a discussion. “There are success stories here that are so heartening, like the father who said to us, ‘You gave me my daughter back’. He works two shifts a day and doesn’t really get to see her – and this is how they can keep in touch.”

That improved involvement by parents is bound to improve learning outcomes, Kemp explains. “There’s a whole movement going on and we’re just a part of it. I’ve seen it happen in so many sectors, where technology really creates positive change.”