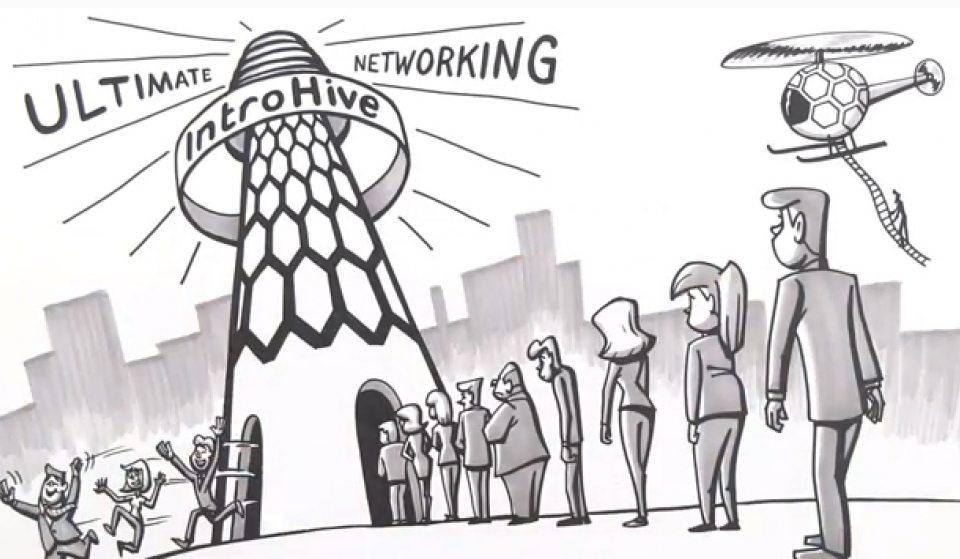 According to one source, the company that is “filled with former Radian6 and BlackBerry employees,” and is about to announce a $5 million seed round in which Salesforce.com is one of the investors.

Introhive is a relationship capital company that helps sales and marketing avoid making cold calls by leveraging existing relationships that exist within an organization. It helps companies hire, plan, sell and manage accounts better. Think of how LinkedIn tells you that you’re connected to one person, who is connected to the person who’s profile you’re currently creeping. It’s kinda like that, but for sales people.

Previously the company raised its series B round to the tune of $1.5 million in June. Before that it raised a series A round of $1.8 million from GrowthWorks Atlantic,  the New Brunswick Innovation Foundation and several angels, in February. Introhive was founded by former BlackBerry executive Jody Glidden, former Radian6 CMO David Alston and a former Blackberry vp, Stewart Walchli.

The company claims that its platform is experiencing strong traction with customers who see “clear ROI” in the product. The investment will be used to accelerate growth and expand sales and marketing activities. “We think social selling is about effectively leveraging the strength of enterprise relationships and managing them in a practical way that brings results,” said CEO Jody Glidden. “Our customers are seeing great value from the platform. This investment will help us get it in front of more like-minded companies sooner.”

Introhive has been relatively productive as of late with other announcements too: it launched in the Salesforce AppExchange and managed to land several new enterprise customers. Introhive has also been named as a semi-finalist of the CRM Idol awards and to the shortlist for PwC’s Vision to Reality awards. Back in May of this year, the Globe and Mail called the startup one of its five companies to watch in Atlantic Canada.

In a nut shell, the company makes social selling “real” for companies. The software as a service application analyzes a company’s employee communications in a private and secure fashion, while adding social connections to create an enterprise-wide view of existing relationships with customers and prospects. It seeks to increase effectiveness within the entire sales process by leveraging this relationship knowledge to improve sales hiring, prospecting, territory assignment, renewals and lead scoring.

Montreal-based Polar Electro Canada– not to be confused with Toronto-based startup Polar– has released its “Polar Loop Activity Monitor”, which measures daily movement and activities….