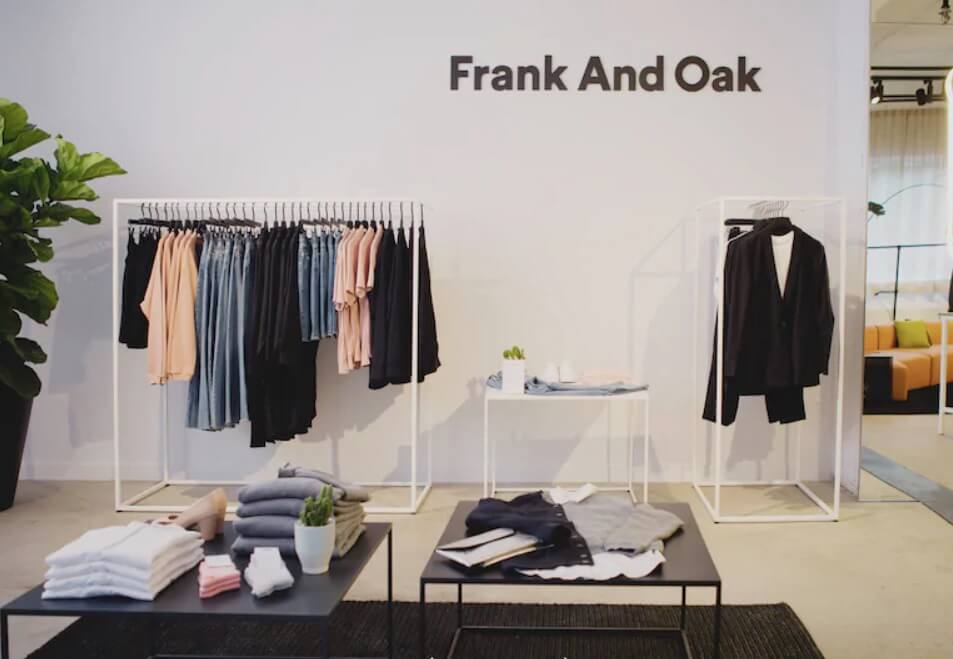 Frank And Oak, the e-commerce retail company turned brick-and-mortar, has filed for protection under Canada’s Bankruptcy and Insolvency Act.

The company, under its corporate name Modasuite, filed a notice of intent on June 22 with the plan of making a proposal to its creditors. Frank And Oak reportedly has debts amounting to $19 million, according to Le Journal de Québec.

According to Insolvency Insider, the company’s $19 million debts include $6 million to Desjardins. BetaKit has yet to independently confirm the details of the debts and has reached out to KPMG for comment.

Like many brick-and-mortar retailers, Frank And Oak was forced to close its stores amid COVID-19. The company began to re-open its locations across Canada within the last month, in accordance with local health and safety regulations.

A spokesperson for Frank And Oak said in a statement to BetaKit that the company “intends to restructure its business and focus its efforts on strengthening the company’s growing e-commerce operation.”

“Like many brands and retailers, Frank And Oak has been significantly impacted by the COVID-19 pandemic, and as a result, has made the difficult decision to file a notice of intention to make a proposal,” the spokesperson said. “Frank And Oak was born online and the pandemic brings an opportunity to refocus on its core digital strength. Frank And Oak will continue to serve its loyal customers and community with products designed in Canada and made for good living.”

Frank And Oak was founded in 2012 by Ethan Song and Hicham Ratnani, having evolved out of men’s clothing e-commerce startup Modasuite, which launched in 2010 and was backed by Real Ventures.

Frank And Oak designed, manufactured, and sold custom men’s clothing, originally all online. Since then, the company has moved into women’s retail and opened brick-and-mortar stores in Canada and, formerly, in the United States. Currently, Frank And Oak has 16 physical locations across Canada and employs around 224 employees, according to LinkedIn.

In February 2018, Frank And Oak raised its third round of financing with $20 million to grow its business both in-store and online. The clothing retailer has raised nearly $40 million to date from investors that include Rho Canada Ventures, Caisse de dépôt et placement du Québec (CDPQ), Goodwater Capital, and Investissement Québec.

RELATED: With $5.8 million owed to creditors, TribalScale files for insolvency in bid to restructure company

Filings for Frank And Oak under Québec’s business register list CDPQ, through its subsidiary CDPQ Investissements, as the largest shareholder in Frank And Oak. According to the documents, CDPQ does not hold a majority share, however.

Goodwater Capital is listed as the second-largest shareholder, followed by Investissement Québec. The corporate registry documents list Marc Baillargeon, Frank And Oak’s chairman of the board and operating partner of private equity for CDPQ, as one of the retail company’s administrators.

The documents also reveal a recent shakeup of Frank And Oak’s executive team. Co-founder Ratnani is listed as COO, vice-president, secretary, and treasurer; while Song, Frank And Oak’s founding CEO, is notably absent from the registry.

Canadian SaaS investment skyrockets by over 200 percent in 2019

Ottawa-based accelerator L-Spark has released the results of its annual State of Canadian SaaS report, which found that Canadian SaaS companies received a cumulative…