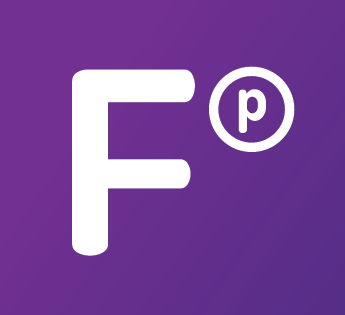 FounderProject, the Canadian student-run venture capital firm originally based in Montreal, is throwing it’s “FounderExpo” series in Toronto, Montreal and Waterloo in the month of November. The four events will give student startups and entrepreneurs the opportunity to pitch Canada’s top venture capitalists one on one.

Founder Ilan Saks, who formerly worked under the Real Ventures team in Montreal, said the event series is the student VC firm’s most ambitious yet.

“At these events students are going to pitch venture capitalists from Toronto, Montreal and Waterloo-based venture cap firms. They’ll get feedback and they could impress the VCs enugh to get a seed round but the FounderProject team is going to identify the top bunch of student startups from Montreal and the Waterloo-Toronto corridor,” he said.

The top student startups will be selected from a total of four different FounderExpo events in November: November 6 in Toronto at the PwC Tower, November 12 in Montreal at PwC Montreal, Week of November 16-23 in Waterloo and finally, November 26 in Montreal at Notman House.

The best pitches from each event will be chosen to pitch at a live webcasted grand event, the “FounderChallenge” on December 4. This event will actually happen simultaneously in Toronto and Montreal at Fasken Martineau, with expected crowds of 120 people each being given the chance to watch each pitch in both cities via a web cast. Those interested who aren’t attending can also catch a glimpse of the events online too.

While he couldn’t officially confirm what “big names” will be present at the December 4 FounderChallenge event, he said people should be prepared to expect a few nice surprises.

“We started nine months ago with the goal of empowering a Canadian-wide (and hopefully soon global) student startup ecosystem, and since then we’ve helped create over 160 student startups. Six have received angel or seed rounds. Now with November’s events we’re trying to bring the organization to the next level,” he said. “Eventually the goal is for students to be making the investment decisions and we think we’re getting close.”

Saks also mentioned that the firm’s new website launches today. It’s a completely revamped image “from A to Z” he said. Designed by notable Montreal-based web designer Daniel Arsenault (who Saks said is the preferred web designer for Y Combinator and Real Ventures), the new site also reflects a minor rebranding particularly with the logo. It also dropped the “The” in the former name, as now its simply called “FounderProject.”

The entire FounderProject team will be present at November’s events: including a 12-person Montreal team and a 12-person team in Toronto. Those investors who will be pitched at the events include: Matt Roberts of BDC, Gideon Hayden of OMERS Ventures, Ian Jeffrey of FounderFuel, David Nault of iNovia Capital, Jeff Grammer of Rho Canada Capital as well as a few other unconfirmed names that those in the startup community will know. John Ruffolo, CEO of OMERS Ventures will give the keynote speech in Toronto on November 6 while Greg Isenberg of 5by will deliver the keynote speech in Montreal on November 12. Montreal’s second event on November 26 will feature Andy Nulman, founder of Just For Laughs.

Needless to say, this coming month will be a hectic one for FounderProject.

Saks also mentioned that over 100 students from the University of Toronto, Ryerson University, York University and the Richard Ivey School of Business, applied for five new spots on the Toronto team. He and Toronto director Emily Luk told me that “We were blown away by the quantity and the quality of the applications and the five students that we brought on board posses both academic smarts and startup experience. It’s crazy to think that some of these students are already so far along in terms of work and school.”

Those interested in coming to one of November’s four FounderExpo events, or the FounderChallenge event on December 4, are encouraged to join the Facebook group at https://www.facebook.com/FounderProject