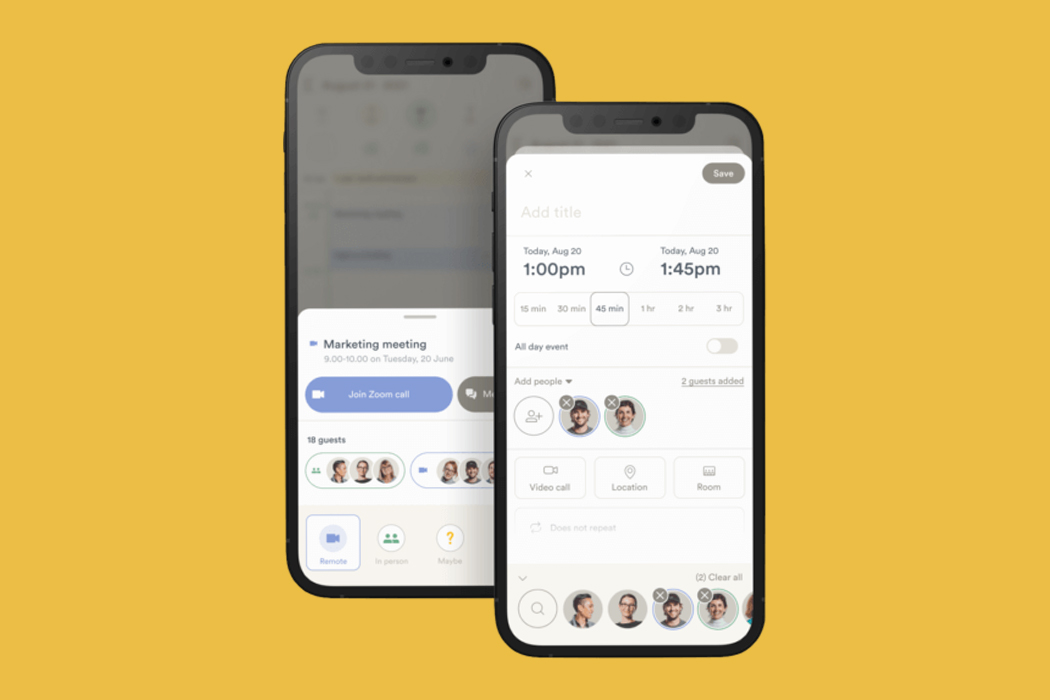 A decade after being acquired by BlackBerry, former members of Tungle have teamed up to launch another calendar startup named Nook Technologies.

The group, which also includes former members of Foko Retail, has been frustrated by what they see as a lack of innovation in calendar technology, and views Nook as their “next go-around in the calendar space.”

“It’s nice to work with former colleagues and solve a problem that you’ve been trying to tackle for a long time.”
-Jonathan Levitt, Nook

Tungle was a Montreal-based social calendar app acquired by BlackBerry, only to have its team and product later dissolved. The startup’s team joined BlackBerry, and Tungle’s application was shut down shortly afterwards. Some members of the Tungle team stuck with BlackBerry, while others went elsewhere, regrouping years later at Gatineau-based Foko Retail, where the idea for Nook was born, shortly after the pandemic hit.

With its new calendar app, which Nook launched last week, the former Tungle team aims to support the future of work, which it views as hybrid.

“This frustration with the lack of calendar innovation is not new for us, it goes back a really long time,” Jonathan Levitt, Nook’s chief marketing officer, told BetaKit. “And so we’re seeing this as an opportunity to really build out the right application for this current hybrid work environment.”

Tungle, which was founded in 2009, was a scheduling software that allowed for users to more easily find times to meet across calendars.

“One of the biggest headaches was what we used to refer to as ‘meeting ping pong,’” said Levitt. “Tungle made it very easy to publish availability, so it made it super simple for people to schedule meetings with each other.”

In 2011, Tungle was acquired by BlackBerry, which was then known as Research in Motion (RIM).

“Everybody stuck around in the beginning,” said Levitt. “What happened, really, was, the technology was turned into BlackBerry’s native calendar application. So the team was focused on that development, and then eventually, it split up. Some people stayed on, others went off to do their own thing.”

Nook currently has five employees. Three previously worked for Tungle, and four were working at Foko Retail when they came up with the idea to launch Nook.

“The idea was incubated in the beginning of the pandemic within the four walls of Foko,” said Levitt. “But then seeing the potential of the idea, it became pretty obvious, pretty quickly, and in January 2021, we ventured out on our own to put all of our efforts into Nook.”

Chadwick Carlson, Nook’s co-founder and director, told BetaKit that when COVID-19 hit and companies began working remotely due to public health concerns, “being the calendar nerds that we all sort of were,” the Nook team’s minds returned to scheduling and all of the new challenges associated with it in a remote or hybrid work environment.

Nook is a calendar and collaboration platform for individuals, teams, and companies doing hybrid work that is available via mobile or desktop web app for iOS and Android. Nook offers capacity management, resource reservations, and facility and HR analytics, and integrations with Microsoft Outlook, Microsoft Teams, Slack, Google Calendar, Zoom, and other applications.

The startup, which said it has a few patents pending around the facilitation of hybrid work, claims its app is “more dynamic and contextual than most calendar applications on the market” because it “puts people first.”

“There’s this existing baseline on what people have come to expect from the calendar, but in a hybrid model, that sort of changes,” said Carlson. “People are very dynamic in where they’re located and where they’re working from, and that shifts a lot of context in the interactions people have.” To address this issue, the app displays whether people are attending meetings in person or remotely.

“We all eat, sleep, and breathe the calendar space.”
-Jonathan Levitt, Nook

Nook Calendar is free to download. To monetize its app, the startup plans to roll out paid business intelligence features, such as options that allow companies to “maximize facility management over time,” as it looks to capitalize on the “tremendous amount of insights in the calendar.”

To date, Nook has self-funded its operations, with the sole focus of developing and releasing its calendar app. Nook rolled out its new calendar application early last week in a “soft launch,” and plans to begin marketing it soon. So far, Carlson said the app has already received “some really good uptake just through word-of-mouth,” with 1,000 users already, and a high user activity rate.

Right now, said Carlson, the startup’s focus is on building its community and user base.

“It’s nice to work with former colleagues and solve a problem that you’ve been trying to tackle for a long time,” said Levitt.

At the same time, he added, a lot has changed since then, both from a tech and experience standpoint.

“We’re just smarter than we were 10 years ago and technology has evolved,” said Levitt. “We’re really excited to just put the best calendar app out there for hybrid working teams.”