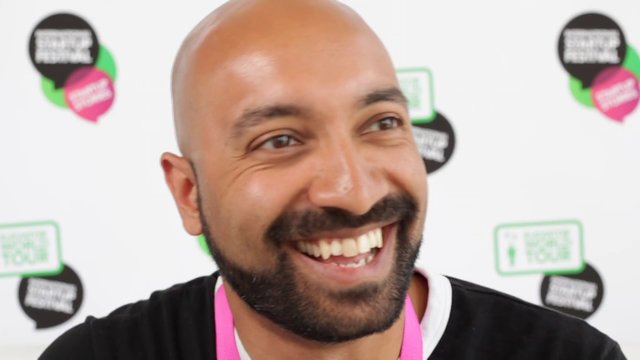 Bionym, the company behind the Nymi heartbeat authentication bracelet set to disrupt the authentication and password space, has hired former Top Hat COO Andrew D’Souza as their President. D’Souza will lead all aspects of go-to-market and will be a critical component to Bionym’s dedication to future partnerships and opportunities.

D’Souza was responsible for growing Top Hat from 15 employees to 80 and secured strategic partnerships with some of the world’s largest education companies. In February of this year, D’Souza helped close a major partnership for Top Hat with Pearson which provided discounted subscriptions to students as part of their purchase of participating Pearson textbooks. Top Hat is a web- and mobile-based classroom response system that engages students and provides professors with the real-time feedback on student understanding.

“I love building world-class teams and creating companies that change lives,” said D’Souza. “Once I met the team at Bionym, learned about what they were building and recognized the company’s potential, I knew I had to be part of it. I’m excited to show the world that we can build the next Apple, Google or Facebook right here in Toronto.”

D’Souza is expected to help Bionym through its next phase as the team readies their first shipment of Nymi to those who have pre-ordered.  “We are thrilled to have Andrew join the growing team,” said CEO and Founder of Bionym Karl Martin. “He brings a phenomenal track record and will be instrumental in realizing our vision of bringing the Nymi platform to the masses.”

His fundraising ability may come in handy: After an $8 million Series A round in July 2012, D’Souza and Top Hat Monocle accepted $1.1 million in funding from Felicis Ventures in January of this year.

Bionym was recently honoured as one of ten up-and-coming startups by PwC as part of this year’s Vision to Reality awards. They recently passed the 5,000 mark of their pre-orders of Nymi. They are continuing to take pre-orders for their first batch of 25,000 which is expected to ship in early 2014.