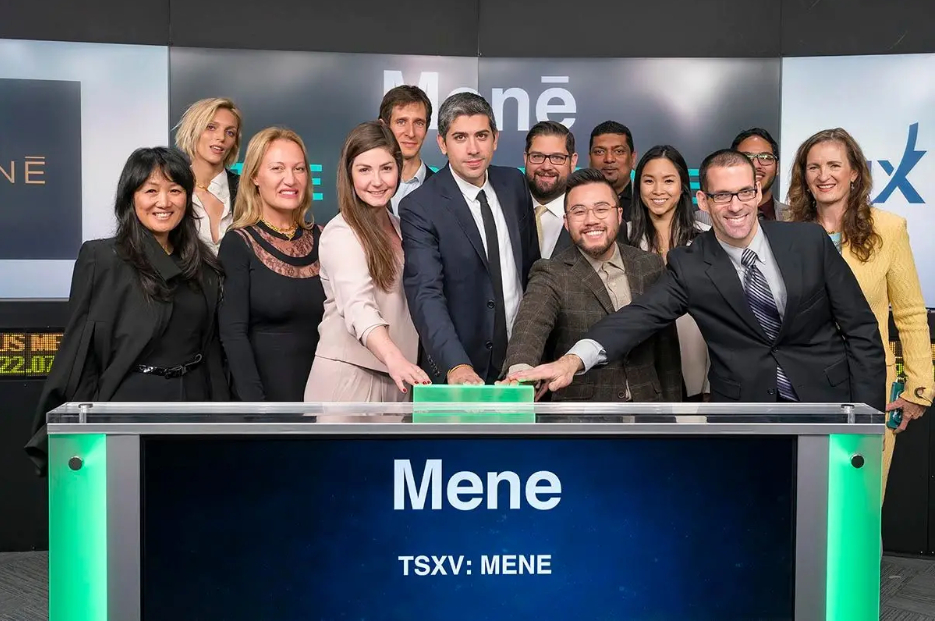 Jewelry company Menē has announced that it has commenced trading on the TSX Venture Exchange.

The company has begun trading after separating from parent company Goldmoney in 2017, with an exclusive 10-year distribution agreement where Menē will purchase and sell precious metals directly through Goldmoney. Goldmoney’s gold-based payments and savings platform has been expanding in several areas, including blockchain. The company raised $30 million to fuel its effort in this area.

Menē designs and sells its jewelry direct to consumer by the gold and platinum gram weight value, including a transparent design and manufacturing premium. Its prices are updated based on an algorithm that pulls in gold and platinum pricing from London Bullion Markets. Customers are also able to track the changing value of their purchased pieces each day in their account dashboard.

“Providing initial funding to Menē was carefully considered by Goldmoney and I am appreciative of the support the board of directors have shown in enabling a core group of employees within Goldmoney to develop this business. I am also extremely thankful to our investors who invested in our company in December 2017,” said Roy Sebag, the CEO and chairman of Menē and Goldmoney. “We have now de-risked the most pressing initial challenges, with a vibrant brand that has touched the lives of thousands of people and is now growing entirely through organic channels such as word of mouth, something I did not initially predict. I am confident that while many challenges remain, Menē, like Goldmoney, has now cemented itself as both a brand and business that will grow shareholder value and prosper. Like BitGold, which I founded and took public on the TSX-V in 2015 with less capital than Menē.”