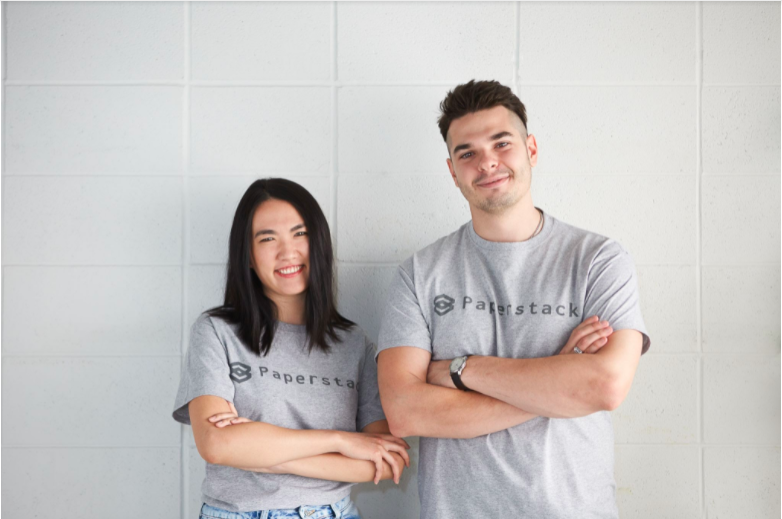 Employees from Shopify, Clearbanc, and Wealthsimple contributed to the round of pre-seed financing worth $250,000 CAD, according to the startup. Altogether 18 individual investors contributed to the funding, including SecureSense co-founder (acquired by Telus), Vinay Malhotra, Shopify (and ex-Clearbanc) employee Sumit Madan, and ex-Walmart Canada e-commerce director, Tim Mayeur. The round closed in the first week of September.

Employees from Shopify, Clearbanc, and Wealthsimple contributed to the round of pre-seed financing.

“Unfortunately, being a freelancer requires you to do your own bookkeeping and taxes,” said Malhotra. “Freelancers hate doing that, as it’s not an ideal use of their time, it makes them uncomfortable, and doesn’t help them produce income. Paperstack solves this exact problem.”

The funding Paperstack raised will be used to develop and take the product to market as well as to staff up. The firm anticipates releasing its solution in Ontario late this year, followed by a gradual cross-Canada rollout in 2022.

Paperstack also claims to have signed a paid distribution pilot with one of Canada’s FinTech unicorns to help their clients with incorporation and taxes. The company declined to name the specific unicorn, but there are only so many.

Assel Beglinova and Vadim Lidich, both co-founders and respectively the CEO and CTO of Paperstack, are determined to see their company through to success. Lidich is an immigrant, while Beglinova is a female founder and an immigrant – both groups that historically have faced challenges in raising capital.

Less than three percent of venture capital goes to female founders,” Lidich noted in an interview with BetaKit. “You add an immigrant label to that mix, and I think the number drops to something like below one percent. It is a real challenge, and, if nothing else, we hope this progress we’ve made inspires other female founders, other immigrant founders to believe in themselves.”

Assel said other female founders, international students, and immigrants might believe it’s hard to be successful because of language or other barriers, but “I just want to say it’s still possible, and nothing should stop you.”

Lidich comes from Ukraine, while Beglinova hails from Kazakhstan. The pair met at the Tea Club, which Beglinova founded to help other founders with startup challenges. Beglinova invited Lidich along with a couple of others to speak to the club, and then ended up keeping in touch. Before Paperstack, Beglinova worked as a financial advisor with CIBC.

For his part, Lidich left a “cushy career” in wealth management. While he was earning good money, he didn’t believe he was changing the world in any way. A self-taught developer, he learned to use technology by watching YouTube videos and reading online.

Currently the startup is tiny, consisting of its two co-founders. They’ve added a professional chartered accountant, and have been in touch with an incorporation lawyer, but are currently hiring bookkeepers, engineers, and marketers.

Lidich told BetaKit that the company went with angel investors instead of institutional venture capital because they need input from people who had the operational expertise of scaling up a company.

Closing the round was one of the hardest things Lidich and Beglinova have ever done in their professional career, Lidich said. “Very early when we only had $100,000 committed I started emailing every Canadian CEO in technology you could possibly imagine.”

One of them finally replied, said Lidich. “That was such a game changer for us. That was when things really turned around.” Altogether, he estimates they spoke to about 100 individual investors. They’d start at six in the morning with a call, finish late in the evening, and then have to debrief and prepare for the next day.

“It was crazy, but we were lucky the way it turned out,” Lidich said.

Every bit as fortunate was the company’s acceptance into the Google Accelerator program. Beglinova called it unexpected, noting that when the pair first received an email saying they had made it to the final stage that was thrilling in and of itself. But once Google told them they were in, Beglinova said, “Oh my God, we were over the moon.”

While taking part in the Google Accelerator, at the end of September, Paperstack hopes to leverage Google’s engineering team to develop an AI-driven bookkeeping and tax filing platform.

“We want to help millions of freelancers pay less taxes. What if every entrepreneur could access the benefits of a CPA, but without paying high fees? This is the question we asked ourselves when we started Paperstack. And it’s exactly the challenge we are bringing to Google, when we join their accelerator program,” Beglinova said.

Both founders appreciate their recent good fortune, and want others to know they’re not alone as they begin their own ventures. Lidich said people don’t need 10 or 15 years of experience in the industry to start a company.

“We are an example of that,”he said. “I really hope things that we’re doing here and millions of other entrepreneurs in Canada can be an example that you can come from anywhere, be anyone and still succeed in your venture.”