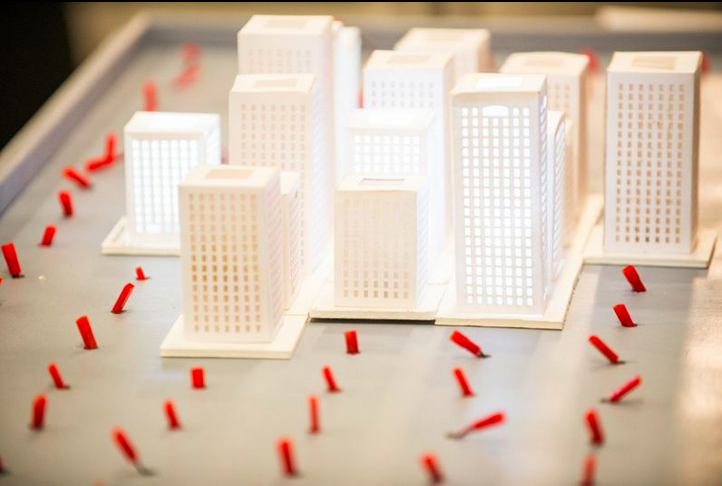 FITC Toronto 2015 – a three-day celebration of design, development, media, and innovation – broke every record this year with over 1250 attendees, 70 presentations, and 50+ sponsors. Expertly organized as always, FITC managed to offer something for everyone, with sessions on illustration, coding, AR, design, UX, tinkering, and the business of doing creative work for living.

“Our goal with FITC is to educate, inspire, and connect, and we have been pursuing these goals for 14 years now,” said Shawn Pucknell, Founding Director, FITC Design & Technology Events. “We feel that it is through events like ours and others, the community and industry are stronger.” Having attended FITC last year, it certainly looks like the community is getting bigger and stronger than ever.

There’s simply no other event in Toronto that can bring such diverse speakers and attendees under one roof. The Speakers and presenters list of fame included Ana Serrano, Chief Digital Officer of the CFC and Founder of CFC Media Lab, GMUNK, Graphic designer James White, Peter Nitsch of Wattage, and many more fantastic names, well worth hearing.

It also included BetaKit’s very own Tom Emrich, who spoke on the marketing opportunities with wearable tech. BetaKit contributor Amanda Cosco was in attendance with Girl About Toronto, and said Tom’s session was a highlight, as well as Song a Day Mann’s talk on creating content and connecting with individuals online.

“FITC always does a great job at bringing together the tech community,” Cosco said. “This year, there was a lot of buzz about virtual and augmented reality — there was even a VR demo one the scene. It’s a really exciting space right now, and it’s great to see the industry band together to connect and co-mingle.”

The show floor was packed with exhibitors and sponsors showcasing their work: you could fly your own Arduino-controlled rocket ship, play with AI algorithms that tried guessing your age (and getting it spookily right), draw anything (analog style), play cardboard video games, and watch a mini-city blink with lights.

“What makes FITC Toronto different from other conferences is its creatively-minded take on technology. It doesn’t matter if a talk is more technically-minded, every speaker has a way of conveying their thoughts, their passions, in a lovingly curious way. Each year’s talks aren’t simply meant to unleash big ideas in the digital world, but to remind us of the warmth and love for discovery in the spaces they work in,” wrote Erika Szabo, gaming and video producer in an awesome event recap. We agree. This year’s FITC was a fun, inspiring several days (and nights), filled with technology, art, heart and wonder.

Thanks FITC for bringing the community together, inspiring people to create and make cool things, and making Toronto more awesome. See you next year!

You can’t throw a stick without hitting a hackathon these days. But a hardware hackathon? That’s new. Organized by PCH International, Hardware Hackathon Toronto…