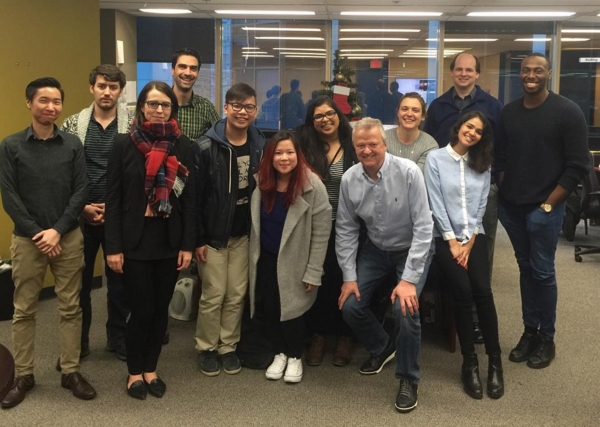 Canadian investment platform startup Voleo was recently selected as the sole Canadian representative in Accenture’s world-renowned FinTech Innovation Lab London 2016, to develop its ideas in the heart of one of the world’s biggest centers of finance innovation. The Vancouver-based firm that lets you “create an investment club with your peers” was one of just 15 companies to make the cut in an international competition involving competitors from 33 countries. By the end of the accelerator program, Voleo hopes to have introductions to major potential customers that can potentially make this startup’s big dreams happen.

“We have an oddly large number of FinTech startups in Canada because our banks can choose not to compete in the way other banks do.”

The accomplishment shows that Canadian FinTech startups are starting to be recognized by bigger global players. “Getting picked for Accenture means a lot for the Canadian perspective on FinTech,” said Thomas Beattie, former investment banker and Voleo CEO, from London. “We have an oddly large number of FinTech startups in Canada because our banks can choose not to compete in the way other banks do in less-regulated countries. We’re excited because at the end of this 12-week program we will have a much better go-to-market strategy.”

The FinTech scene is heating up and in 2016-2017, Beattie foresees the emergence of ‘challenger banks’. “In the UK, there are three that are emerging, claiming to be friendly, mobile, and social,” Beattie said. “This emergence in Canada could be a surprise for the marketplace – but if a challenger bank is successful in getting past regulation, they won’t have a lack of trust by customers who are ready for this.

“There’s never been so many companies focused on this stuff. Look at wealth transfer, smartphone adoption, changing customer demands, investment specifically in the Fintech space – we only exist because the existing options don’t cater to the next generation.”

Beattie also said he’s noticed that success in the FinTech space is based on a slightly different foundation than other tech startups in general. “Almost all of us come from experience in financial services, as brokers, bankers, or IT in these kinds of organizations. That’s how we know exactly where these organizations need help. It’s interesting that the average age in this sector and in this accelerator program is higher, around 30 to 35, because we’ve all had previous careers. We all think we can do better.”

Related: Sign up for F|T: The FinTech Times newsletter

Google and Waterloo’s Communitech have a deep relationship and sincerely want startups to thrive. Back in December both organizations opened up applications for a…