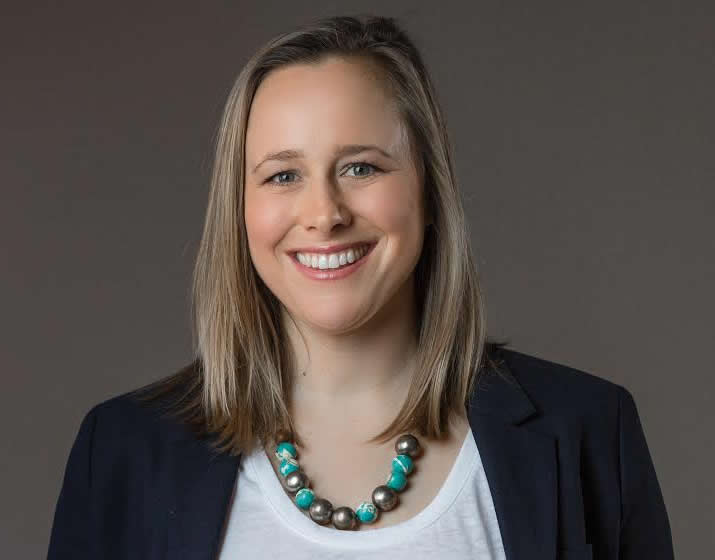 As part of a regular series powered by Dell Small Business, BetaKit asks business leaders to share their advice for growing small businesses.

Vancouver-based Finn AI is no stranger to scaling for success – the FinTech and AI company, which provides chatbots and personalized banking software for financial institutions, previously won the Serge Kampf Entrepreneurship and Innovation Award at Capgemini’s InnovatorsRace50.

Fresh off the company’s recent $14 million Series A round of funding, co-founder and COO Natalie Cartwright discussed with BetaKit how she sees the future of consumer-facing artificial intelligence (hint: it’s not The Terminator), as well as better ways to serve data back to your customers.

What were some of the biggest struggles you had getting your business off the ground in the early days?

“I don’t think we’re going to reach the Terminator or anything, but it’s going to be other types of technologies where there’s lot of data and you can make predictions.”

I think it’s a bit of a catch-22 – once things are up and running, it’s not easy to maintain them, but the struggle is how you get from zero to 100. It’s about trying to grow a business incrementally, and that includes all the different stages: the financing, how do you get enough money to be able to grow, how do you get enough employees to be able to move, how do you get your product to a stage where it can actually be put forward? It’s all those different pieces, but it’s also trying to scale appropriately over the right amount of time.

A second big piece that’s undervalued is the psychological journey that you go through – the doubts, the fear, the excitement, the wins and losses. There’s lot of things that I think people speak to more often, but those were two pieces that I didn’t expect as much.

How does Finn AI define its culture, and what does it do to foster that culture?

It’s not helping them with new channels or existing channels, but instead really thinking about how they can help people better manage their money with things like financial literacy coaches or information about what’s actually going on with bank accounts. We have this really nice opportunity where we can do something where you feel like you’re doing something good for the world, but it also solves a real business problem.

I think the people and the culture are a real reflection of that, and also a reflection of the type of technology we work with, which is a lot of artificial intelligence and machine learning. We also have lots of stuff that isn’t artificial intelligence and machine learning, and that’s a scenario that’s very new and moving very quickly. We’re very much a learning organization where people are very eager to try new things.

Another thing we’re focused on is making sure that we serve the world, too. We work with banks across four continents and in three languages. In our business, we really have to have a diverse workforce, so when we talk about diversity, we talk about that from different dimensions. When we think about diversity, it’s from the perspective of trying to bring a convergence of ideas around the table. We acknowledge that bringing together diversity on a number of dimensions is more challenging to put together, because we don’t necessarily share the same ideas, but that means we just talk with each other more. You fundamentally build a ground-layer respect in bringing so many different ideas, and bringing so many ideas together to solve big problems makes it stronger.

What do you think is the next big trend in technology and how will it impact the way we live and work?

“I think what the next generation looks like is, ‘how happy did I make this customer today?'”

I think we’re going to see wins when people figure out how to use data to better serve people. Two great examples of that are Netflix recommendations and Spotify recommendations, where you get value out of them knowing what movies you’re watching or what music you’re listening to, because they can then serve you better recommendations.

That’s what we’re doing in the banking world. There’s lots of information about how you’re spending money, where you’re spending money, where you might be having trouble with your money, and there’s lots of ways to serve that data back to people in a proactive way, so they can avoid certain situations or optimize their finances. But the principle will be that you have to provide a much more proactive and predictive experience for customers when you’re using their data and that can play out in lots of different ways.

So where do you think the future is headed when it comes to artificial intelligence?

I don’t think we’re going to reach the Terminator or anything, but it’s going to be other types of technologies where there’s lot of data and you can make predictions. There’ll be an enhancement of AI, and what we’ll need more of is human deference around that, so it’s not like everything is suddenly AI.

It’s very similar to when ATMs rolled out, and there was this narrative of “oh, now tellers will disappear.” But that’s not true – what happened was that people went to get their cash from an ATM, and the metrics for tellers weren’t, “how many customers did I serve today?” or “how many products did I serve today?” And I think what the next generation looks like is, “how happy did I make this customer today?”

Montreal-based Thorasys, which is developing products for the diagnosis of lung diseases, has raised $1.3 million in funding from Anges Quebec. “We had to…