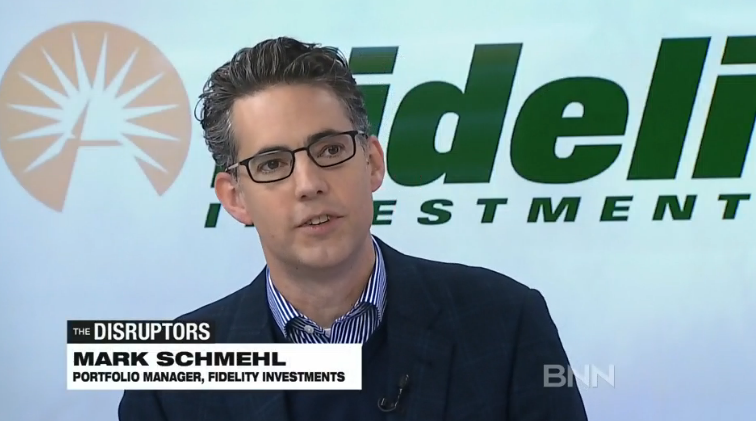 As the number of private Canadian tech startups grows, many founders may wonder whether there are enough investors willing to write them large enough cheques to scale and grow their companies.

Last week on The Disruptors, co-host Amber Kanwar sat down with Mark Schmehl from Fidelity Investments to discuss what Canadian investors need to do to help tech companies scale and succeed.

Schmehl, who manages investments worth nearly $3 billion at Fidelity Investments, said that in Canada, there is a need for people to invest in the private sector in larger amounts.

“There’s a giant hole to fill,” said Schmehl. “There’s a lot of angel investors, people willing to cut a $200,000 cheque. But someone who wants to put in $10 or $15 million to get that small company to the next level, we don’t have very many people who can do that.”

He added that there are “more exciting companies” based in Canada that are worth investing in, especially as more young people turn to the tech sector after graduating. “There’s more funding. There’s better companies,” said Schmehl.

According to Schmehl, one of the most important tech companies to invest in are those working with artificial intelligence.

“[AI] is the most…revolutionary technology that we’ve seen today,” said Schmehl. “We have all these great Canadians who are learning artificial intelligence; we’re producing more graduates than anywhere in the world in [AI] and we’re not harnessing it enough. We need to address that.”

Schmehl, who has invested in companies like Thalmic Labs, Hootsuite, and Desire2Learn, said that moving forward, Canadian investors need to be less afraid of failure and more focused on writing bigger cheques and taking risks by investing in private companies.

“You have to invest when there’s a lot of risk,” said Schmehl. “Not all of them [companies] are going to work, but that’s what you do as a private investor.”

Axiom Zen selects intern from the #HTML500 event, Dr. Aidha Shaikh starts in May for 8-weeks

The #HTML500 happened last month and over 500 developers attended “Canada’s Largest Learn-to-Code Event” The event was organized by Lighthouse Labs and brought TELUS,…