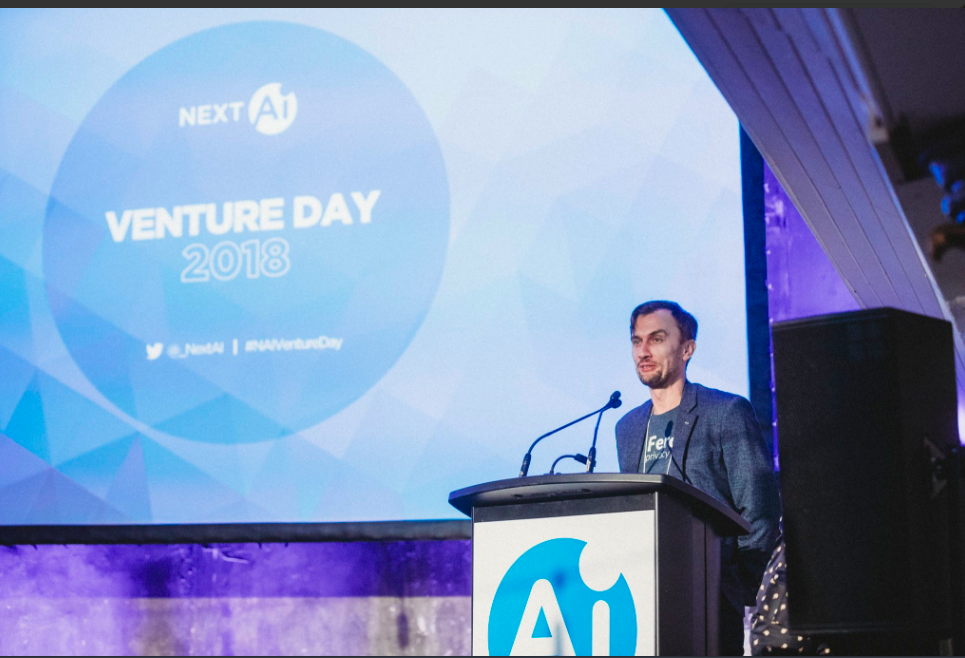 During the event, over 200 investors, mentors, donors, and partners watched 15 startups pitch at Berkeley Church in Toronto. The Top Venture prize was awarded to Feroot Privacy, which helps companies comply with data privacy regulations like GDPR.

The award comes with a Titan V GPU and $5,000 in API credits on the Clarifai platform. Feroot has also secured an entry to the IBM Watson AI XPRIZE competition.

Nearly 500 people applied to this year’s program, more than double the previous year. Forty percent of all applicants came from outside Canada, including countries like the United States, United Kingdom, Ukraine, Mexico, and South Korea. Teams received up to $200,000 in seed financing to develop technology, free workspace, and mentorship.

“NextAI accelerated our venture growth and the personal development of myself and my co-founders,” Veronica Malinski, co-founder and CMO of Aerialytic, said of the pitch day. “From day one in the program, we were surrounded by the most exceptional scientists, faculty, network and researchers, assessable whenever we needed. It is special to be part of a peer group of some of the top AI-focused entrepreneurs from around the world, all focused on the same thing – accelerating the growth of our businesses.”

Launched in January 2017 with $5.5 million in funding, the NextAI program has since scaled to Quebec as part of its involvement in the SCALE AI Supply Chain supercluster. Its first Montreal cohort will run in February 2019 with HEC Montreal.

Applications for the 2019 cohort of NextAI are open here.