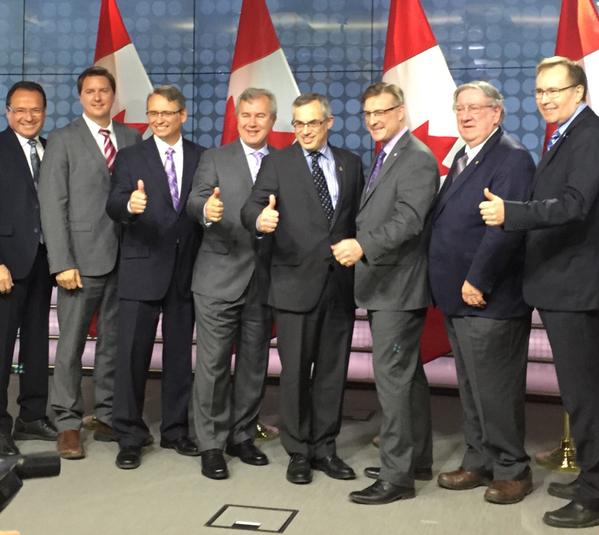 Waterloo-based innovation hub Communitech recently shut down its HYPERDRIVE accelerator program and shifted gears to re-launch as “Rev.” In addition, several partners, such as TD Bank, Manulife and Deloitte all signed on to help bolster entrepreneurship in the region by opening highly focused labs within its space.

The latest partnership and monetary investment is coming from the Government of Canada. Announced today, the government will give Comminitech “up to $3 million” to establish the “Open Data Exchange (ODX),” which is coming from FedDev Ontario’s Investing in Commercialization Partnerships initiative. The goal of the ODX is to “support the development of industry standards for open data, build a national marketplace where commercialization of open data can flourish, and support a pan-Canadian open data innovation community that will incubate the next generation of data-driven companies.”

In addition to the $3 million from the government, the project will also see another $50 million through various partners, such as Desire2Learn, OpenText Corporation and the University of Waterloo. Until a permanent location is found in uptown Waterloo, the ODX will temporarily be located at OpenText in the David Johnston Research and Technology Park in Waterloo.

The ODX is expected to house 15 new data-driven companies and create 370 direct and indirect jobs.

Tony Clement, President of the Treasury Board of Canada, said, “Canadians will be able to see the measureable economic benefits of open data in the form of job creation, investment in data-driven companies, and the establishment of a national hub for the commercialization of open data. The creation of an open data institute in Waterloo, Ontario will allow the project to leverage the extensive knowledge and resources already in the region, while benefitting the information communications technology cluster.”

Related: The opportunity of open data and the importance of hackathons