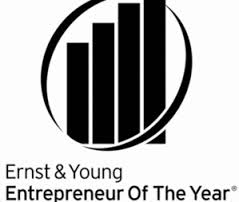 Today EY Canada announced that nominations for all those gravity-defying entrepreneurs are open.

“Canada’s best entrepreneurs thrive when the economy is up and down,” said EY’s National Entrepreneur Of The Year program director Colleen McMorrow. “They defy the odds, defy the impossible and defy everyone who told them they couldn’t achieve results.”

Another cool initiative EY takes on every year is its  EY G20 Entrepreneurship Barometer 2013. Unfortunately it recently ranked Canada among the bottom five of the G20 when it comes to entrepreneurs seeing self-made worth as something to celebrate. “Canadian entrepreneurs deserve all the credit we can give them. They continue to elevate the Canadian business landscape by pushing themselves, and those around them, to greater heights,” said McMorrow. “Help us recognize their outstanding achievements and nominate an entrepreneur in your community for our Entrepreneur Of The Year program today.”

EY also mentioned that its research has suggested that Canadians less fear of failure and a greater focus on innovation than their global counterparts.

With so many great entrepreneurs out there it should make this year’s provincial and national finals interesting. Award winners are chosen based on their vision, entrepreneurial spirit, leadership, financial success and social responsibility.

To be nominated an entrepreneur must meet these criteria:

As Wealthsimple expands to US, CEO Mike Katchen remains outspoken against discrimination

Three years after launch, Toronto-based FinTech Wealthsimple has expanded its services to the United States. The company’s automated investing platform is available in all…