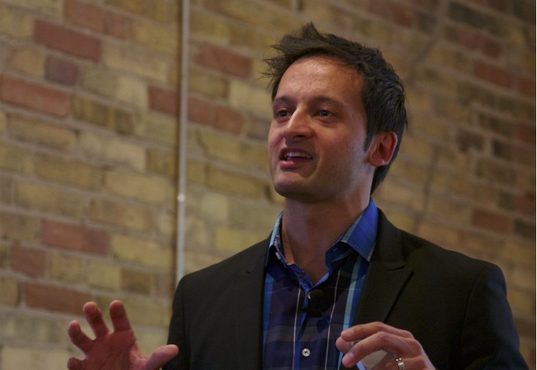 Toronto’s Extreme Startups and Vancouver-based startup accelerator GrowLab Ventures have announced their merger and the launch of HIGHLINE, the first pan-Canadian accelerator platform, at the Toronto Stock Exchange (TSX) this morning.

It’s certainly an unexpected yet monumental move with the accelerator space that comes after both programs had experienced success here and there after several cohorts of startups. Some of those teams went on to earn follow-on funding, or in exceptional cases, an exit.

But it seems that both programs’ leaders knew that joining together to produce a cross-country organization, where entrepreneurs can benefit from both the Toronto and Vancouver markets, would have been a good thing. Particularly in a competitive ecosystem where Montreal’s FounderFuel has its own, dedicated venture capital firm to back it up, Real Ventures, it looks like a helpful move.

Financially BDC Capital and Relay Ventures will back HIGHLINE, instead of the handful of investors that formerly backed Extreme Startups and GrowLab. BDC Capital, the investment arm of the Business Development Bank of Canada (BDC), was a shareholder and strategic partner of both accelerators and has been HIGHLINE’s principal strategic backer since the merger was first conceived.

“The accelerator sector is already very mature with over 1,700 programs worldwide,” said Marcus Daniels, HIGHLINE’s cofounder and new CEO. “But less than 60% of them have helped entrepreneurs get funded and 90% have had no exits at all.”

Extreme Startups and GrowLab said in a release that they’ve been among the more successful accelerators: over 90 percent of graduates having raised follow-on funding totalling more than $27 million, and three “highly profitable” exits over their 30-month existence.

Bixby and Daniels saw the merger of the two accelerators as the “inevitable next step in order to rise above the noise, evolve the model and attract the very best in Canada.”

“I’m really excited that this new entity will not only attract the very best Canadian founders, but that it will also be the best option for many entrepreneurs globally,” said Bixby. “HIGHLINE’s ambition is to supercharge 1000 founders who will create over $10 billion in equity value outside of Silicon Valley over the next decade,” says Daniels. He expects over 90% of those startups to establish their headquarters in Canada as there are “few better places on the planet to build digital products than the Vancouver-Waterloo-Toronto-Montreal ecosystems”.

Amar Varma (Pivotal Labs), Leonard Brody (Clarity Digital Group) and Boris Wertz (Version One Ventures) also contributed funds as investors into the new program. Varma and Brody join HIGHLINE’s Board of Directors, together with Daniels, along with BDC Capital’s Michael Mahon and Alex Baker of Relay Ventures. Interestingly, while Varma remained absent when the new Extreme Venture Partners announced its return, he’s decided to invest a bit of cash with HIGHLINE.

Jonathan Bixby will remain involved as part of the Board of Advisors, alongside Paul Singh, founder of Disruption Corporation and formerly of 500 Startups. HIGHLINE is in discussions with other notable potential partners and intends to reveal “new co-conspirators and collaborators over the coming weeks.”

HIGHLINE said it will begin hosting startups this fall at its Vancouver and Toronto “anchor campuses,” primarily targeting “digital startup founders close to product-market fit with global ambition to scale,” instead of ventures that are still at the ideation stage. Applications have opened today at HIGHLINE.vc.

The program will also be a bit different than its predecessors in a number of ways. First, it will propose a number of specialized, tailored acceleration “products” rather than a single, one-size-fits-all program as in traditional accelerators.

It will also offer greater and earlier connection to global markets like New York and San Francisco; and it will provide startups with as much as $200,000 in financing, “not necessarily at the beginning and end of the program but at timely stages.”

The first startup out of Stanford’s StartX student accelerator program, website form and content recognition engine Diffbot, is today announcing a $2 million round…