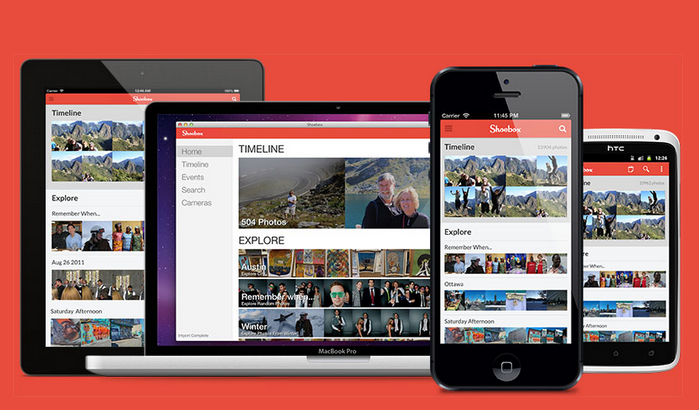 Darrell Etherington broke the story earlier today and revealed that the company has dropped the “My” from its name, introducing some crucial new features via updates to its range of apps.

Founded in March 2012, Shoebox is a service that provides unlimited online photo backup. It scans a user’s entire offline photo collection, uploads it to cloud storage and applies organization algorithms to automatically categorize pics and provide different ways of viewing them.

The startup was created by Couch Labs Inc in Toronto to simplify photo collections and backup in a world where almost every device has a built in camera. “Shoebox’s strength is in getting the pictures from storage and sources that aren’t connected, to the web, as quickly and painlessly as possible,” wrote the company.

The company will certainly have Dropbox to compete with, as Etherington alluded to the Silicon Valley-based mega startup’s new “Carousel” feature that acts as a a photo and video archive and sharing platform. However, “Cosman says they’re very happy with the revenue being generated by their current paid offering (unlimited web resolution backups are free, but full res will cost you a monthly subscription) and they’re focused on differentiating through features like the kind of discovery profiled above.”