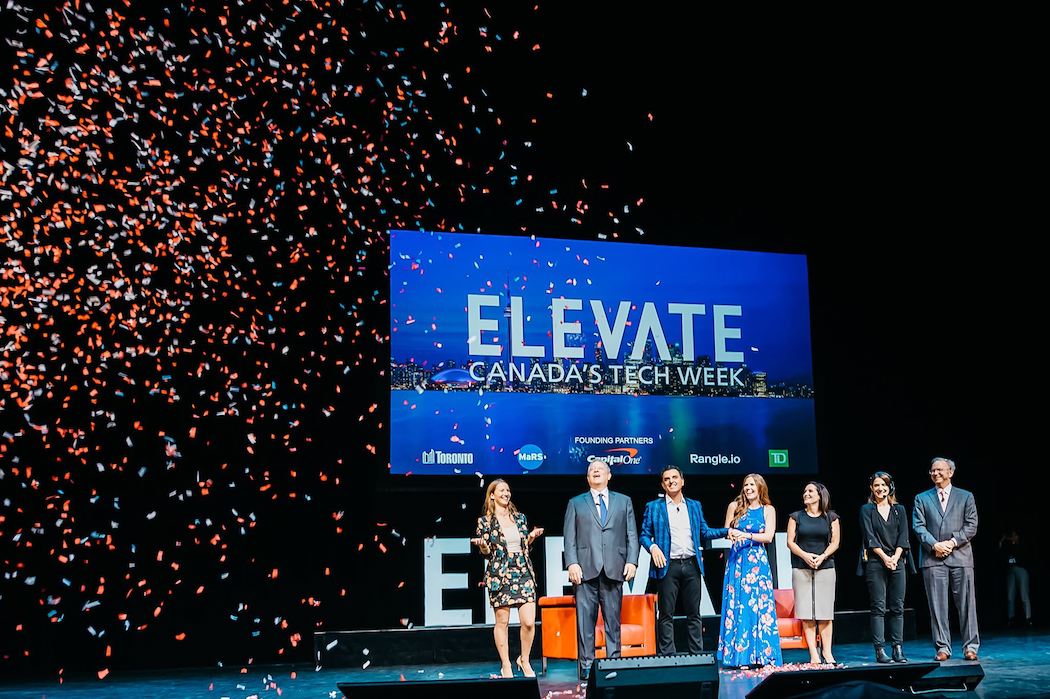 Toronto non-profit Elevate is switching from hosting its tech festival to mounting a major summit on social responsibility. The move comes after Elevate had to cancel its 2020 tech festival because of the COVID-19 pandemic and shift its focus to providing programming for the tech community.

Elevate announced August 17 the launch of a new social impact programming stream, Think 2030: Conversations for our Future. Elevate is continuing its partnership with the United Nations Development Program as it prepares to explore how design, innovation, and technology can help solve some of the greatest challenges facing society.

In October, keynote speakers, author Emmanuel Acho, renowned primatologist Jane Goodall, and actress Jameela Jamil, will address the event over three nights at the Design Exchange in Toronto, and online.

Over the three days in October, some 50 speakers will talk on subjects related to the three pillars of Think 2030: equality, sustainability, and well-being. As well, the summit will feature breakout groups and workshops.

Elevate proposes that Think 2030 will kick off a year of action through industry working groups where policymakers, industry leaders, startups and not-for-profits will undertake specific commitments that put digital and technology solutions at the service of humanity.

“It’s not just an event, but an initiative,” said Lisa Zarzeczny, general manager of Elevate. “I hope action will come out of this. Normally, we see so many events that end up just being a talk shop. I think what we want for Think 2030 is for it to spark a conversation that ends up resulting in tangible impact and action.”

Elevate first partnered with the UN Development Program in 2019 to help advance the sustainable development goals in Canada.

The summit will be primarily digital because of the potential for disruption in live events from a fourth wave of COVID-19. The pandemic caused the cancellation of the annual Elevate tech festival in 2020.

After the festival’s cancellation, Elevate pivoted to become a not-for-profit supporting the tech community through various programming.

Elevate secured $5 million from the City of Toronto and other corporate partners to create an innovation hub. It also partnered with the Design Exchange to launch the Elevate Social Innovation Exchange, and payment processing giant Moneris to launch an accelerator.

In June, Elevate was also promised $6.15 million from the Government of Canada and the City of Toronto to support Elevate Talent, a program focused on helping underrepresented communities find jobs in the tech sector.

Elevate also brought in former Bell Media president Randy Lennox as its executive chair. Elevate co-founder and CEO Razor Suleman – who led the launch of the Elevate tech festival in 2017 – shifted to the role of board co-chair alongside Chris Hadfield. Zarzeczny became general manager in the shuffle, taking on the day-to-day operations of Elevate.

Looking ahead, Zarzeczny said she believes Think 2030 could set the pattern for future Elevate festivals.

The breakout groups at the summit will see 12 to 14 leaders putting together objectives that they wish to accomplish over the next year. After the summit, they will meet regularly over the year to update each other on their progress to date.

Zarzeczny said that will ensure that the organizations, tech leaders, and startups are “working as one to help solve these massive challenges.”

For Think Equality on October 12, New York Times bestselling author, and the host and producer of Uncomfortable Conversations with a Black Man, Emmanual Acho, will speak.

Acho is a former linebacker with the Cleveland Browns, and the Philadelphia Eagles. After retiring from professional football in 2016, he went to work with ESPN as a national football analyst.

His most recent book is Uncomfortable Conversations with a Black Boy, a book for children to learn about systemic racism, and racist behaviour.

United Nations Messenger of Peace and environmentalist Dr. Jane Goodall will speak as part of Think Sustainability on October 13.

At age 26, Goodall first launched her pioneering research with wild chimpanzees in Gombe Stream National Park in 1960. In 1977, she founded the Jane Goodall Institute, which now has 31 offices globally, and continues to support the research at Gombe.

Her program dedicated to inspiring young people to take action in their communities, Roots & Shoots, has grown to include approximately 150,000 individuals in more than 50 countries.

Jameela Jamil, an outspoken feminist and champion of body positivity will speak on October 14 as part of Think Well-Being.

An actress and radio host, Jamil launched the social media platform, @i_Weigh in 2018. The community platform carries original content that explores social issues that include mental health, climate change, and the representation of marginalized groups.

According to the @i_Weigh’s website, to date, it “assisted in changing global policies at Facebook and Instagram around diet & detox products being shown to minors and are currently campaigning for two bills to reach the Senate.”

The UN SDGs were first developed in 2015 when world leaders adopted “a historic decision on a comprehensive, far-reaching and people-centred set of universal and transformative goals and targets.”

The high-level meeting took place at the UN headquarters in New York, and during the global organization’s 70th anniversary.

The UN SDGs consist of 17 goals, ranging from ending poverty in all its forms everywhere, to achieving gender equality and empowerment for all women and girls, to ensuring access to affordable, reliable, sustainable, and modern energy for all.

“When world leaders signed on to the UN Sustainable Development Goals in 2015, the year 2030 seemed a long way away,” said Zarzeczny. “But as we approach 2022, we can no longer say that time is on our side.

“We need a ‘whole of society’ approach that includes the private sector and government at all levels to put Canada on track to meet the targets of the 2030 agenda.”

Think 2030 is an initiative in partnership with the Province of Ontario, Interac Corp., Moneris Solutions., and Beanfield Metroconnect.