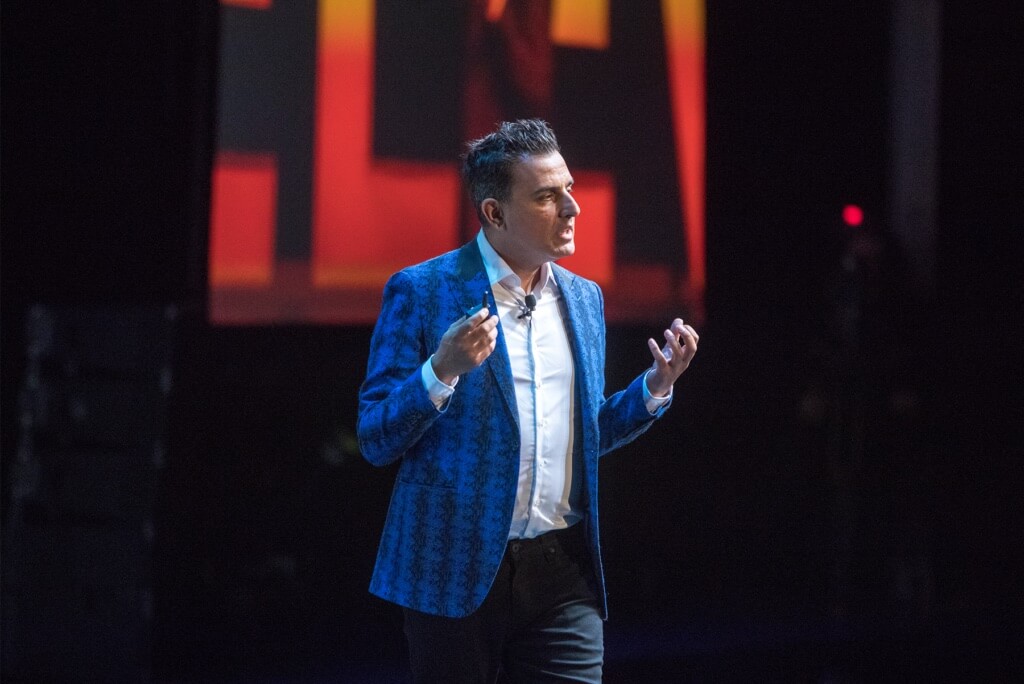 Suleman, who spearheaded the launch of the Elevate tech festival in 2017, has stepped back from his CEO role to become Elevate’s board co-chair alongside Chris Hadfield. As part of the executive shift, Elevate co-founder Lisa Zarzeczny is also taking on the role of general manager.

“Razor’s leadership and ambition for Elevate has been nothing short of inspirational.”

Lennox has been appointed Elevate’s executive chair and joins the organization as of September 1. The move follow’s Lennox’s departure from Bell Media, earlier this year, where he had served in a number of executive roles since 2015.

Lennox is an award-winning media and music executive, having served as president and CEO of Universal Music Canada prior to joining Bell. There, he helped launch the careers of Canadian stars including the Tragically Hip, Justin Bieber, Drake, and Shawn Mendes.

“The world is entering an unprecedented era and Canadian innovators are poised to play an important role in navigating this time in our history,” said Lennox. “I’m delighted to join the incredible team at Elevate as we work towards expanding our presence, both through the festival and new programs like Elevate Talent.”

As COVID-19 caused the cancellation of the annual Elevate tech festival in Toronto last year, the organization shifted its focus to become a not-for-profit providing a range of supports for the tech community.

Elevate secured $5 million from the City of Toronto and other corporate partners to create an innovation hub. It partnered with the Design Exchange, to launch the Elevate Social Innovation Exchange, and payment processing giant Moneris to launch an accelerator. Earlier this month, Elevate was also promised $6.15 million from the Government of Canada and the City of Toronto to support Elevate Talent, a program focused on helping underrepresented communities find jobs in the tech sector.

“I couldn’t have imagined that Elevate would achieve such success when we launched the first festival with Mayor John Tory in 2017,” said Suleman. “Now with several new programs and initiatives designed to support our communities, I feel extremely confident about the future of the company under Randy’s leadership.”

Toronto Mayor John Tory called the future of Elevate “brighter than ever.”

“Razor’s leadership and ambition for Elevate has been nothing short of inspirational,” said Tory. “Since 2017, Razor and Elevate have helped put Toronto on the map as a leader in the tech and innovation ecosystem. Today, Elevate continues to be a great partner of the City of Toronto. Having worked closely with Randy in the past, I’m confident that with him at the helm, the future of Elevate is brighter than ever.”

Prior to launching Elevate in an effort to bolster the notoriety of the Toronto tech ecosystem, Suleman was the founder and CEO of employee rewards startup Achievers (bought for $150 million in 2015).

Suleman is now set to join Pacaso, which secured $75 million in growth funding at a $1 billion valuation earlier this year. The company gives people the ability to purchase shares in, and own, a second home and is said to have achieved unicorn status faster than any other company after launching in October. Suleman intends to remain “an extremely active board member and advisor” to Elevate.

As Elevate’s new executive chair, Lennox will be responsible for providing strategic direction and overall corporate vision to the organization’s senior leadership team. As general manager, Zarzeczny will lead Elevate’s team and run day-to-day operations, as the company does not plan to bring on a CEO. Karim Rahemtulla is managing director of Elevate Talent and Sen Sachi will lead Elevate’s accelerator.