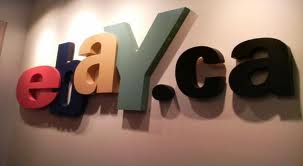 Around 2003 it was a really cool time for younger people who recognized the money-making potential of eBay. I was 15 or 16 and I tried to sell anything I could that was lying around the house, unused and in good condition.

As it turns out, what I sold was peanuts compared to the volume that Greg Isenberg was pushing at the time, when he was still 13 or 14. (Isenberg made headlines in BetaKit last week when his video concierge startup 5by was acquired by StumbleUpon for an undisclosed amount). The high-school aged Isenberg ended up selling thousands of dollars of product – a week – gaining the “power seller” distinction. He took advantage of a weak Canadian dollar at the time and sold DVD box sets for profit, eventually moving on to anything electronic like Xboxs and Palm Pilots (remember those?).

The eBay Entrepreneur of the Year Awards would have started around the time Isenberg started focusing on other entrepreneurial endeavours, but I can only guess that he would have been a prime candidate for the “Young-preneur” award had he been of age.

Zarify leveraged her “passion for fashion” to create a full-time career, launching her business, Designer Luxury Gowns, in January and quickly tapping into the high-end fashion market on eBay. Specializing in designer and luxury evening gowns, Zarify sold in excess of $20,000 worth of luxury clothing within the first six months of launching, including her most notable sale to-date, an $11,000 gown by designer John Galliano.

“Entrepreneurial spirit abounds in Canada,” said Andrea Stairs, country manager of eBay Canada. “And eBay is proud to provide a platform for the development of so many successful Canadian businesses. Since the inception of the Entrepreneur of the Year Awards nine years ago, we have heard thousands of stories of Canadians who have taken advantage of e-commerce to follow their dreams and passions – this year’s winners are no different, they are three examples of the power and possibility of online commerce in Canada.”

As well as the Entrepreneur of the Year award, eBay is also awarding a new “Home-preneur” and the aforementioned “Young-preneur” award.

Richard Kalpakian of Toronto, Ontario has been named the first ever eBay Canada “Home-preneur of the Year”.  Kalpakian turned his lifelong love of comic books into a lucrative online business, with an impressive inventory of nearly 250,000 titles.  With the support of his wife, Kalpakian operates all aspects of his business from the family home, and houses his inventory in meticulously organized, temperature controlled storage units. “Since launching in 2004, Kalpakian’s sales have increased six fold, making him the fourth largest comic book seller globally on eBay,” said eBay.

Adrien Lavoie of Gatineau, Quebec is eBay Canada’s 2013 “Young-preneur of the Year”.  An employee and protégé of 2012 Entrepreneur of the Year, Jean-Francois Lapointe, Lavoie was inspired to establish his own eBay business offering sports products including longboards, shoes, sunglasses, and other accessories.  Since starting his business over two years ago, Lavoie has seen tremendous growth and earlier this year was able to open a 2,100 ft2brick-and-mortar store, Wooki.ca, as a result of the success of his eBay store.

Almost 150 eBay sellers entered this year’s competition. Along with bragging rights and promotion of their eBay business to more than two million online buyers, the Entrepreneur of the Year Award winner takes home $3,000. The Home-preneur and Young-preneur of the Year will each receive $2,000.