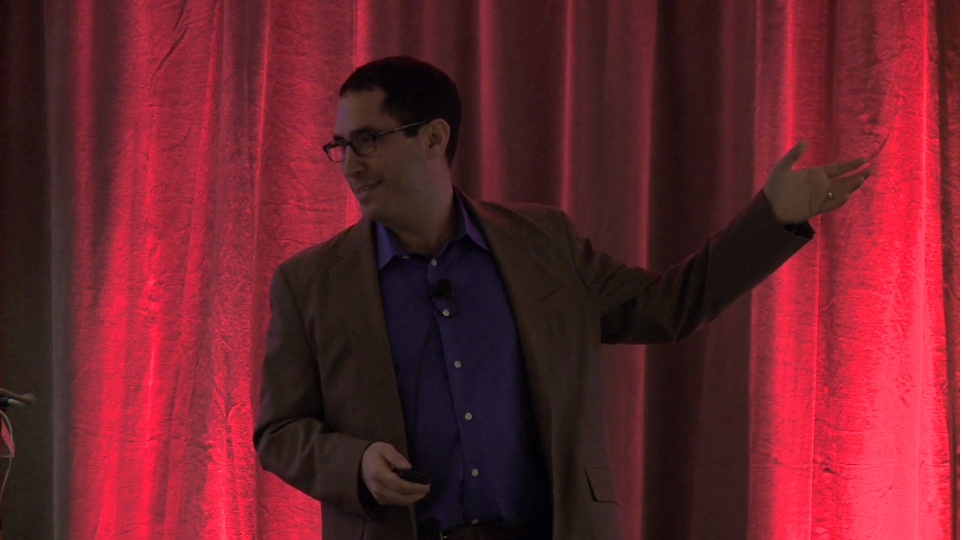 When one’s blog gets over 130 million unique visitors a month and over half of those are coming from mobile, they know they’re doing something right.

For that reason it’s no surprise why BuzzFeed EVP of business operations Eric Harris has been asked to give a featured speech at this year’s DX3 2014 conference in Toronto, March 5-6.

On a call with BetaKit, Harris said his first trip to Canada in over a year will be about promoting “the art and science” of getting people to consume your digital content. The “art” part of this is “thinking about emotions and what gets people to share that content,” while the “science” is more data-based stuff: monitoring the analytics and algorithms, optimizing the content for sharing, identifying what pieces of content are accelerating and taking off and “doubling, tripling or quadrupling down” at that time.

Harris, one of BuzzFeed’s first employees, said Canada is one of the blog’s stronger audiences and thus it’s focusing a significant amount of advertising here, partly what motivated him to headline at DX3 this year.

BuzzFeed was founded in 2006 by Jonah Peretti, who is also the cofounder of the Huffington Post. Buzzfeed has at times been accused of copying original content from competitors, but its monstrous rise has been more than impressive. Particularly in the pas half-decade in which journalism revenue models have been turned on their heads.

Since its inception, BuzzFeed built its foundation on a “social consumption model,” as Harris explained. “We made a bet that social was going to be the way that people discover and consume content and essentially we rode the wave with the growth of Facebook, Twitter, Pinterest and Tumblr,” he said. “We think to ourselves, ‘why would someone share this and how would they share this?’ And that’s something that’s in the back of our editors and our creative’s minds when they’re creating a piece of content.”

The blog is also notable for its well-known bet on mobile, as the CEO Peretti recently told Adweek that its mobile advertising outperforms desktop in click-throughs and sharing. But that has never been the case in an online ad industry that routinely sees paltry numbers coming from mobile ads.

Buzzfeed, as both Peretti and Harris have noted, doesn’t use banner or display ads.

Their “silver bullet” is native ads, or as Harris described it, “social, content-driven advertising which works really well for advertisers and works even better on mobile devices. The click-through rates are higher and the share rates are higher.”

Indeed, Peretti made the point in Adweek’s article that people seem to want to infinitely scroll downwards on their smartphones, thus why the blog is actually seeing mobile readership outpacing the tablet for audience, even for long articles. “What’s not supposed to be happening in mobile keeps happening in mobile,” said the CEO.

I asked Harris if their positive mobile performance for advertisers is simply a result of the mass amount of readers they’re getting (remember, 130 million uniques a month). But he largely downplayed this notion. The volume helps them get the reach for their advertisers but their mobile ad click-through rates (CTR) are in the 2-3 percent range in mobile advertising, and people are sharing at a higher rate too. For context, average CTR for banner ads are about 0.23 percent.

Buzzfeed is certainly doing something right, and for that reason I’ll be listening when Harris comes to Toronto in early March.

If you’re planning on attending Dx3 then you might want to save a bit of cash as they have extended a $40 discount to those who want it, tickets will now cost $359 if you use the promo code DX3MS.