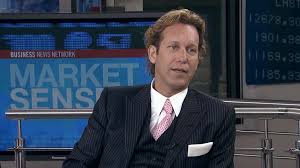 New Dragons’ Den star Michael Wekerle is launching a $200 million investment fund in Waterloo, to be aimed at startups in the Kitchener-Waterloo area.

Tim Ellis, the outgoing chief executive officer of the Accelerator Centre in Waterloo, is joining forces with Wekerle to make the fund happen.

The story was reported this morning by the Waterloo Record.

Wekerle currently runs the merchant banking firm Difference Capital, and formerly was the senior trader at GMP Securities. GMP is the firm that helped take BlackBerry public in 1997. Wekerle also has about 42 tattoos and once had a career as a waiter that lasted two shifts (you can learn more awesome stuff about him here).

“We hope to start off with $200 million,” Ellis told the Record. “My partner, Michael Wekerle, is in the process of raising the funds now and he’s pretty confident we can get to a couple hundred million to start, but ultimately would love to see something up around $600 million, so it is significant.”

The pair has made a quick start on their plans as well. Wekerle a former BlackBerry building at 156 Columbia St. to house startups, which Ellis will manage. The first tenants are slated to move in net week.

Ellis noted that since Difference Capital is a public, stable long-term investor, there’s less pressure to achieve quick returns. “The investors don’t have their money in for a set period of time,” he told the newspaper. “That flexibility through having permanent capital, will allow us to invest and be patient investors,” he said.

The Record reported that Ellis approached Wekerle some time ago about starting a fund and buying property in Waterloo. It’s true that Kitchener-Waterloo doesn’t have its own high-profile venture fund, and the pair think this could be it.

“Canada is getting better, but still Waterloo Region does not have its own fund yet and that was one of my goals,” said Ellis.

The fund has yet to be named.

Entrepreneurship can be a long, arduous, and gruelling journey, but if you ever wanted proof that there’s light at the end of the tunnel,…