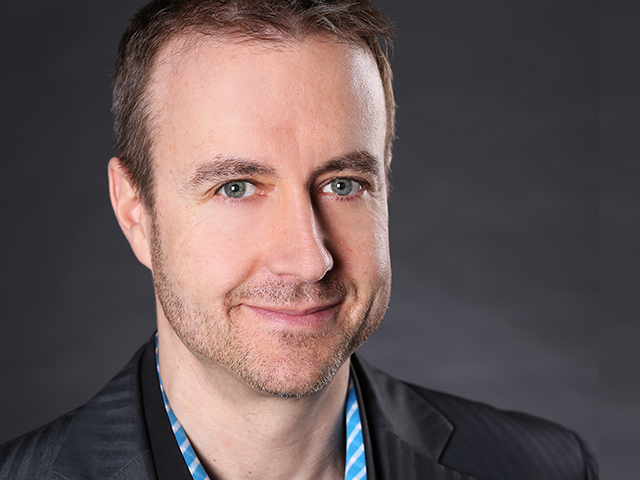 Kitchener-based Dozr, which allows contractors in the construction and agriculture industries to share and rent out heavy equipment, has found its new SVP of business development in Dave Chalmers. Starting out as VP of channel sales at BlackBerry in the early 2000s, Chalmers has since joined US-based companies like Microsoft and Validas, only to return to his hometown to act as Communitech’s entrepreneur-in-residence and director of programming.

While many startups struggle to hire senior talent during growth stages, Chalmers turned down offers from bigger companies to join Dozr. In this Q&A, BetaKit talks to Chalmers about joining a startup, Kitchener’s ecosystem, and tips for companies looking to hire talent.

Why did you decide to join Dozr?

What’s most exciting about Dozr is that they’re focused on an industry that’s poised and begging for disruption. Number two is that they’re building a 24 by 7 marketplace, which is very appealing, and there’s a large big data element to the business. Most importantly, it’s something we can take global.

On the personal side, I got to know Kevin [Forestell] over the course of the past year or so, and we kicked off quite a friendship. There was a mutual understanding and trust there at the founding level.

I was at Communitech in the role of executive director of planning, and I had the fortunate opportunity to work with tech companies in our accelerators. They are a part of the Rev accelerator, and that’s where I met them.

What brought you back to Canada?

If I go back to my time at BlackBerry, it’s a very international role. As a tech startup, BlackBerry was primarily focused on the US market. My time with Microsoft was international as well, and I started to lose a lot of the roots and relationships I had here in the Canadian market.

I see an incredible amount of heavy workload on CEOs mentoring younger CEOs and younger founders.

Most importantly, in my own backyard in Kitchener-Waterloo, which is an incredible innovative hub with some outstanding founders and talented folks in technology. The decision to come back to Kitchener-Waterloo was to do just that. To give back to that part of the community and build something great here. I spent so many years building robust strategic revenue models in other countries, I wanted to give back here.

Do you have any advice for startups that are looking for senior talent to hire in their own companies?

There’s not really a perfect answer. I think the key thing in this particular area, whether it’s finding great development talent or finding scale talent, there is a need because there’s so many tech companies in the area, there’s competition. The important thing for the founders is for them to understand the type of individual that they need, and really focus in on where those individuals are, are they in places like Communitech, are they part of technology boards in the area? Where are those people?

You may have to go and find those individuals not through atypical circles; executive search firms are great, but I think the networking that can be done — specifically in Waterloo and Toronto Corridor – is second to none. My advice to founders is to leverage that opportunity to network across a wide expanse of people, and know who you’re looking for, as opposed to the role you want them to do. It’s easy to define the role you want in the organization, it’s more difficult to focus on who you want.

What do you think about Canada’s general challenge of scaling its senior talent? Do you see this changing anytime soon?

I think in general it will remain a challenge, but if you look across the industry, Communitech for instance has a number of efforts focused on bringing expat execs from the US and other places back to Canada for this type of purpose, which is to infuse their experience and knowledge and ability to execute into that next great business. I see a lot of efforts in trying to improve the overall situation. I see an incredible amount of heavy workload on CEOs mentoring younger CEOs and younger founders.

In the short term, with the amount of innovation that is occurring and the amount of organizations that are being developed and incubated, I think there’s always going to be a shortage. But the question is, will the founding team be able to bridge that gap with the proper mentorship? I think that’s where we’re seeing great strides with young startup founders being able to have a great supportive group to help them to the point where they get the organization further along than they would have in the past without mentorship, and that will allow them to get into a position to bring in the senior talent.

Whether that’s the conclusion of an A round or that’s having a consistent revenue stream in the marketplace, there’s varying degrees of what that consistency looks like. But really it’s about early-stage mentorship with founders, getting them to the stage where they can execute beyond what their initial capacity was, getting the organization to a mature stage, and bringing in senior talent. It’s tough to bring in senior talent really, really early unless that talent has a vested interest in that technology.

Fitzii Inc., a Toronto-based recruiting software company that has developed a predictive applicant tracking system, has been acquired this morning by The Ian Martin Group,…