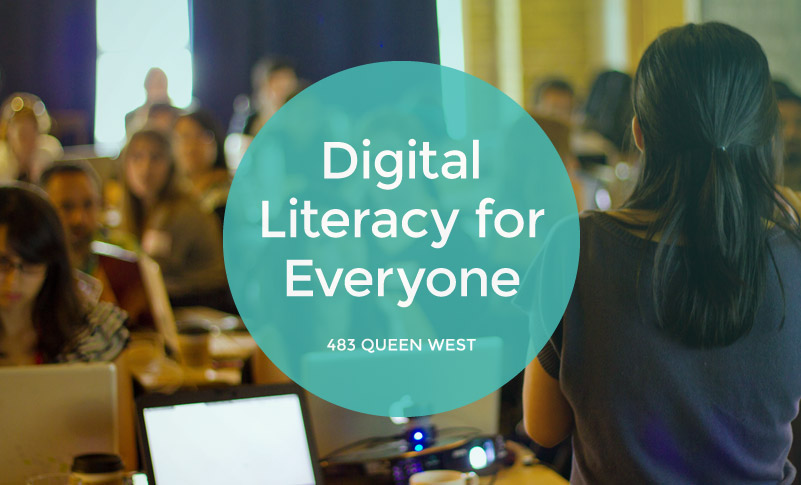 Situated smack dab in the middle of the fashion district in Toronto above an Urban Outfitters is The Lab. Recently launched in January, the Lab is a dedicated space for Canadians to learn, what is fast becoming, our third official language – code.

The Lab is the new permanent home to HackerYou and Ladies Learning Code, two organizations leading the charge in educating groups of all ages and genders on creating software. Founded by Toronto local, Heather Payne, the vision behind The Lab was to create a place in the city that was an integral part of the community, focused on fostering skills in both software and hardware.

Payne has a proven history in this area. She started Ladies Learning Code back in 2011 after being inspired by a Python workshop for women while in Los Angeles. Her not-for-profit group, which started in Toronto, now has sixteen chapters all across Canada and also runs programs for girls and kids. In 2012, she furthered her mission to educate the country on code by starting HackerYou, Canada’s first programming bootcamp offering both full-time and part-time courses which focus not on grades but on results.

Ladies Learning Code and HackerYou’s first home was in the Annex where they fast outgrew the space. Payne told us that she used the opportunity to make the new space on Queen Street West suit the specific needs of both groups, down to the size of the classrooms and the furniture selected. The new 7000 square foot space boasts two classrooms one for sixty people and the other for thirty-five. And the cool, modern design of white floors, glass walls and hints of retro teal and orange were selected to be agnostic to gender and to create an environment where people want to learn.

But The Lab goes well beyond these two great organizations. Payne has also included a Maker space which is outfitted with a 3D printer. She has also started an open device lab which currently has half a dozen smartphones and a Google Glass. Both provide the community with access to the tools they need to create, test and learn.

The classrooms, as well as the event space at The Lab, are also available for rent. Giving community access to the space is especially important to Payne who found it hard to find locations in the early days of starting up Ladies Learning Code. It is also part of the community-building core to her vision of The Lab.

Payne has created an accompanying website with the location, connecting other like-minded groups dedicated to the learning of software and hardware as part of a network. The Learning Labs website showcases this network which is currently made up of seven members including MakerKids and 3D Printing studio Hot Pop Factory.

We asked Payne how important it was for the Learning Labs to be located in downtown Toronto.  She told us, “This time around, we really wanted to be in the tech hub and King, Queen and Spadina is an area where there are a lot of tech startups. We also love that it’s a trendy area. Learning to code has been a trend over the past couple of years but with our new Queen Street location it’s saying that this stuff is here to stay”.