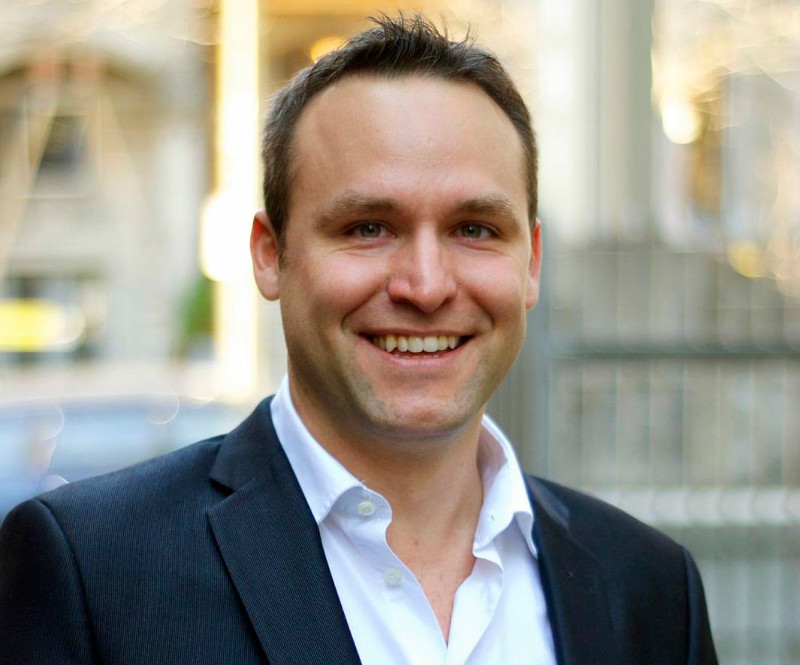 Just under a year after its launch, Diagram has announced new funding and two new team members as it doubles down on its focus of building companies from the ground up.

The fund has raised an additional $5 million from investors like Angela Strange, partner at Andreessen Horowitz; Dax Dasilva, CEO and founder at Lightspeed; Mike Cegelski, managing partner at Panache Ventures; and Adam D’Angelo, CEO of Quora and former CTO at Facebook. This brings Diagram’s total committed capital to $30 million.

Diagram has also added Dan Robichaud as managing partner, and Marc-Antoine Ross as chief innovation officer. Robichaud and Ross are co-founders of PasswordBox, which was acquired by Intel in 2014.

“The only way to attract the best entrepreneurs is to give them control.”

For the past few months, Diagram — which is backed by Portag3 Ventures — has been testing its model with its two investees, HR startup Collage and healthtech-focused Dialogue. The two companies have partnered as they break into their respective industries, supported by Diagram funding.

“The early success of Diagram and its first two companies, Collage and Dialogue, is clear evidence that their team of builders and operators are onto something. I’m confident their unique approach to building companies will result in the creation of the next global leaders based in Canada,” said Paul Desmarais III, senior VP at Power Financial Corporation.

Some of Diagram’s new and existing investors.

Diagram founder and CEO Francois Lafortune explains that the fund had been proving out its strategy of seeking strong founders with strong ideas, and developing these ideas into companies from the ground up with $5 million in funding. Diagram also develops its own ideas, and finds strong teams that can work on the idea to prove it has traction.

“Six months ago, Diagram was a startup itself, and there were a few people working with our two companies. We now have an innovation team, and if you think of a traditional VC fund in Canada, they don’t have a group of people that build products,” said Lafortune. “A new phase we’re entering is, a lot of our time and resources are spent on actually iterating on a concrete idea, working on the product, putting things in front of potential users, and seeing what works.”

For Robichaud and Ross, the hope is to help early-stage entrepreneurs use a more data-driven approach they may not consider at the outset — and quickly discover strengths and pitfalls with the product. Robichaud adds that with five company exits behind him, he can add a level of expertise that can’t be learned in school, like successfully negotiating M&A deals, and decisions on dilution. “We need to prove and derisk ideas with proofs-of-concept, so we have basic KPIs and it can be unit economics that we figure out,” he said.

“If we can test those ideas quickly, we have more chances to find something that sticks.”

Ross said he’s always wanted to build an incubator to support entrepreneurs, and that Lafortune’s vision is aligned with his own dream. “We all consider ideas interesting, but we know it’s not meaningful until it’s been validated and proven to deliver value to us and users,” said Ross. “Every time you have an idea, it might take three or five iterations before it starts to resonate for users. If we can test those ideas quickly, we have more chances to find something that sticks.”

Diagram announced its launch in January 2017 with $25 million and over 50 angel investors, and has stuck to its model of pursuing individual investors versus institutional funds. The goal is to ensure its network of entrepreneurs have access to potential mentors.

Diagram allows entrepreneurs to retain majority of shares, and hopes to announce three to four new companies at the end of the year. “The only way to attract the best entrepreneurs is to give them control, and be there for them when they need us to start a business and expand globally,” said Robichaud. “Our mission is to build Canadian giants that have a global talent, and I’m at the best place in Canada to do that.”

While school boards regularly collect data about students’ grades and performance, they aren’t always able to collect and analyze it in a way that…